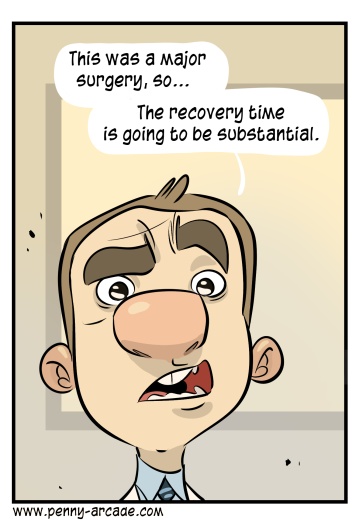 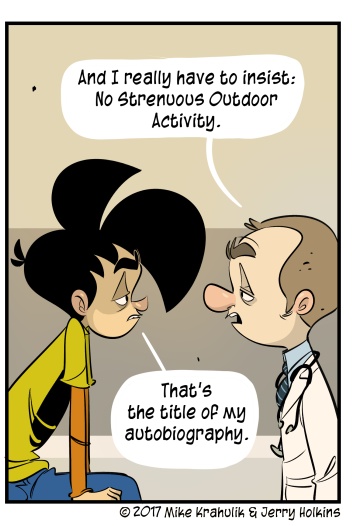 So, did sitting up for the amount of time it took to draw the strip feel good, or bad? Some combination? Good enough to offset the rest of it? I'll ask him when we record the podcast today.

Gabriel doesn't like Let It Die, and I understand why that would be. You have to read a ton of words, which has historically been my domain. It has what I would describe as fully two introductions, and only after the second one are you playing "Let It Die." There are aesthetics that don't parse as "art" for him, and the realities of the algorithmic, "roguelike" environments mean that he sees the same things over and over. It's not worth arguing about: these things are all True. The difference is the amount of positive or negative charge we associate with each concept. When I think about how much enjoyment it's given me over the last couple weeks, and how this enjoyment exists in some universe he can't perceive, sadness is the only word for it.

"F2P Dark Souls" is the truncation, and you'll see some touchstones as you play. Starting up, the fakeout they throw at you aside, largely involves opening and reading envelopes. Tons of envelopes. Try to imagine Gabriel's rage. I long for the age of letters, so when I see an envelope I still get pretty cranked up, but that isn't how he wants to interact with shit. He wants games to IV drip themselves out, that drip and that drop, a progressive revelation. Let It Die doesn't do that and maybe it can't. It takes place in a seismically generated spire of urban hellscape called the Tower of Barbs, which I'm pretty sure is a metaphor while also being a literal. Everything is heaped on everything else. You make an unsightly spire of knowledge to contend with the spire in the game. I started to type out a bunch of the things I was taught early on, and it kept going and going. It wasn't a good time investment, because they're gonna make you open all that shit anyway. But I need to know all of it. Raiding. Crafting. Character customizing Decals. Storage, timed rewards. Elevators. Haters. Freezers. Bathrooms (?). The game is untoward with its systems, and it doesn't care if you like it. But if you give it a chance?

I would say that the soundtrack is the auditory version of the Tower of Barbs. Everything in this game teeters beautifully, just on the edge of collapse. 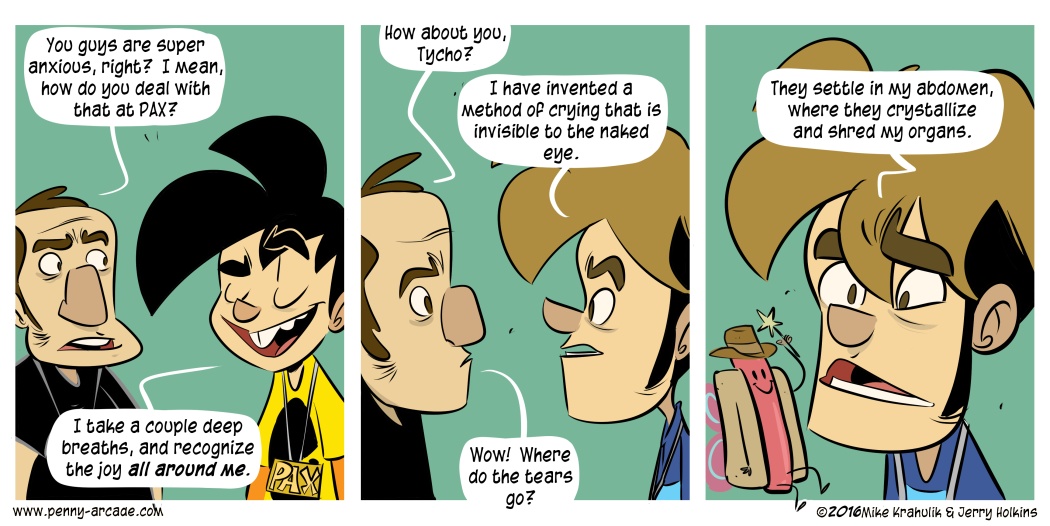