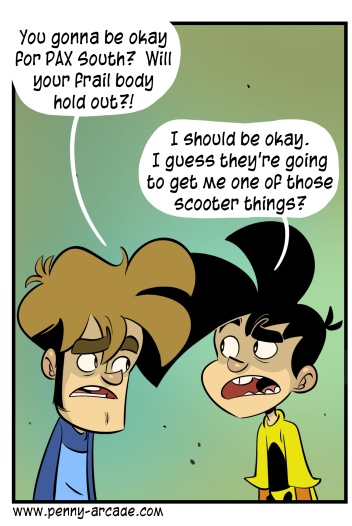 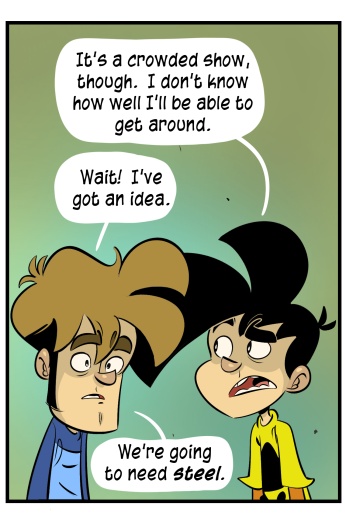 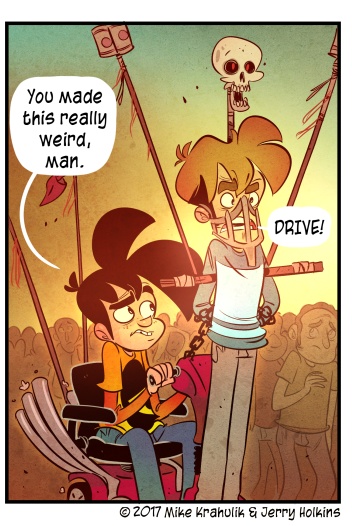 I had to change the title on this one, too; Ben Stone of The Twitterlands suggested Mad PAX and I gotta go that way. That's what's happening.

I understand that one of those Rascal things has been secured for Mike's use, though I'm not certain if it's a Pride Victory model or the Progress Executive. The main thing is that, prior to the show, I've assessed a solution that will allow virtually unfettered passage for the vehicle throughout the show: technically, I think it's even cosplay.

He's back in the office, too; I'm so used to it being just me in here when I write the post that having him across from me is actually very unnerving. Every few minutes I realize that there's this stranger here that I have to contend with. All the podcasts I've recorded for the last few weeks have been remote, except for the one I did with Kris Straub, the man who I have come to know as Superior Mike. We're supposed to write a comic here in about ten minutes and I honestly don't know how it's gonna go. It feels like the first time.

Oh! And Ryan is down south for a PAX, specifically PAX South, and I don't trust his hotel Internet at all as the foundation for our 2pm PST stream this afternoon. I'll rustle somebody up, and I'm pretty sure I'm gonna make them learn The Elder Scrolls: Legends card game, because it's oblique to genre norms in a couple really interesting ways.