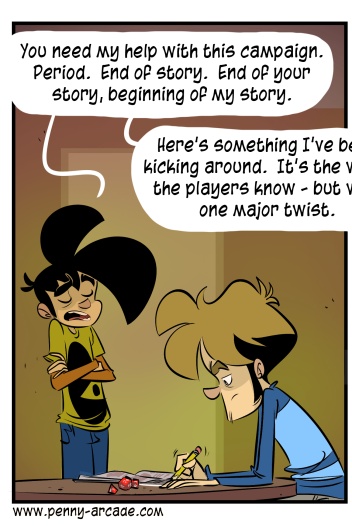 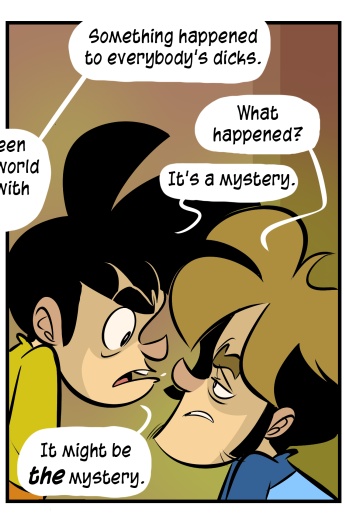 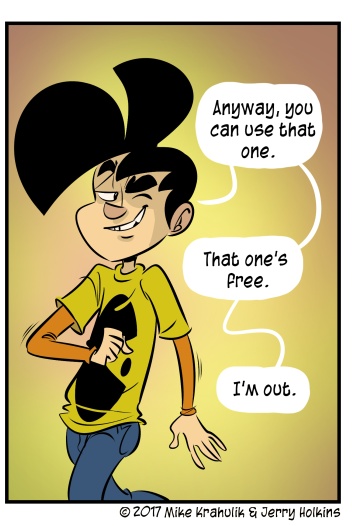 Gabriel the Ever-Helpful is always ready to drop some true dungeon science on me. My role in his game was essentially on the Grima Wormtongue tip; I run my own stuff by him to get his thoughts on it, but he's usually hunched over his tablet defining the Eyrewood for the Thornwatch adventure card game thingy. My understanding, though, is that Jim Darkmagic will occasionally need to commandeer The "C" Team for secret missions, missions Gabe himself would run. This is something he is very, very good at.

Three Episodes in, and I'm having the time of my fucking life with this Acquisitions Incorporated shit. If you want to ride along, it's easy: you can gobble it up on Twitch VODs, on YouTube, or via podcasts from the site, from the feed, or from iTunes whenever iTunes decides to sync up. Then you'll be queued up for the next episode, airing live on HyperRPG this Thursday at 3:30pm PST.

I put some time into Mass Effect: Andromeda this weekend, enough to find something I'm authentically curious about, but man. I would drive the Nomad by itself, I think there's a cool spinoff possibility, but I don't want to drive it anymore in Mass Effect. It's not parsing as content for me. Maybe that's unfair, I try not to be, but it reminds me of this awesome noodle shop that had an appetizer version of their wonton soup that had a single wonton in it. I understand that it's not wontons soup, I don't feel mislead, but when I I'll have nights with this game where I bite down and there's nothing between my teeth. The mix is off.