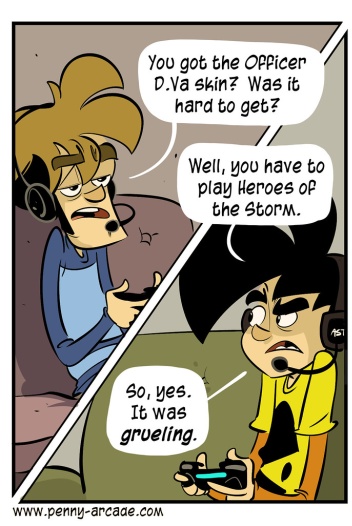 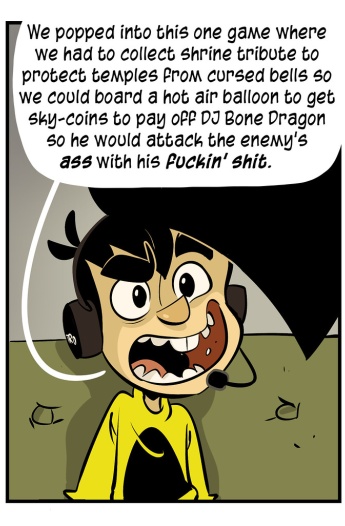 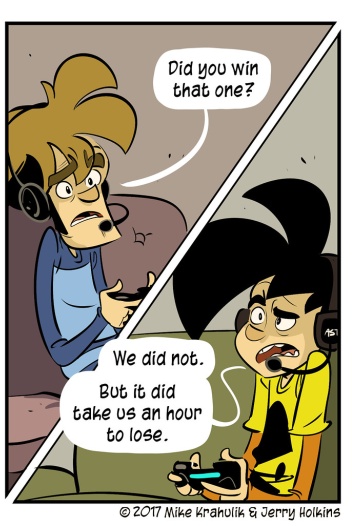 Gabe and Kara entered the Skin Mines to… actually, let me generate another metaphor. I don't want the mental image of a "Skin Mine" sloshing around in my skull-zone.

Gabe and Kara undertook the necessary rituals to get the Officer D.Va skin, enduring long. I like everything about Heroes of the Storm except actually playing it. It's incredibly beautiful; I've executed the program just to look at skins. I think of it like a nice shelf which contains a collection. I really enjoyed Cho'gall conceptually and liked that this was a place to experiment with neat concepts. I think of it like Team Fortress 2 in that respect - another beautiful game I don't really like, a place where neat things occur at arm's length.

I should establish that me liking something or not liking something is not core sample of a game's quality or an indication of its secret heart. I only say it because you know me by now, and may be able to triangulate between yourself, myself, and Grobachev, who doesn't really connect with it either. It is very weird to respect and endorse everything something represents while not being able to advocate for it.

Has Been Heroes is my favorite game of the year so far, it's not a close race in any way. It has a 52 on Metacritic and an overall Very Positive on Steam, which, you know. PCMR. But let's go into it.

First, I understand why the Metacritic is where it is, even though I'm tempted to preemptively denigrate its output by calling it "Metashittic" or something in that vein. The reason so many have bounced off it is because the game has done a uniquely, almost inconceivably bad job of communicating its genius. In addition, the playstyle of the game is a brilliant marriage with the Switch hardware, but the UI is Goofy Gus when it comes to how it exposes the equipment you buy on there. The whole lower left of the screen needs to be conceived of in a radically different way.

This is a game which is ostensibly some kind of lane combat thing, or maybe it's in a rhythm vein with its three lanes of foe interactions, like a necrotic variant of Guitar Hero. None of that is true. This is a puzzle game, full stop. You could tilt the screen left ninety degrees and see it: now, shapes are falling down, like in Tetris. Is "Tetris" a Roguelike? What if, instead of arranging pieces so they created horizontal lines - lines that were destroyed by the act of making them - what if we were negating shapes as they came down. Right? What if we were trying to match shapes as they came down, with shapes of our own.

For example: let's say, just for kicks, that there is a two block, another two block, and a three block coming down in three distinct columns. At the bottom of the screen, I have negative versions of shapes - a one block, a two block, and a three block. I can swap them around to match their opposites. The three and the Two are easy, I match like for like. But I have the ability, every so often, to double one of my pieces and make it a two. There's that one sorted. Now, when I do that, I knock those pieces back to the top - and when they return, they're each decremented by one block. Now, I have a one, a one, and a two. And you've already begun to figure out how I might contend with them.

That is the puzzle game at the heart of Has Been Heroes. Each of these puzzles is attached to a foe, with its own properties, but at root I need to counter their shapes with my shapes. The way they introduce these concepts to players is a criminal enterprise. It's obvious to me now, of course, but only after hours of worship. The whole world is based around a randomized state, and the further you get in, that state is enriched - sometimes by as many fifty items at a time. New enemies, new equipment that modifies stats and effects, spells on timers you can use to fudge the systems, and loads of additional shapes - I mean, characters - to match up with this relentless flow of foes. It's the Roguelike thing, so you're starting fresh each time, but even the early bits are kept novel by the unlocks you make.