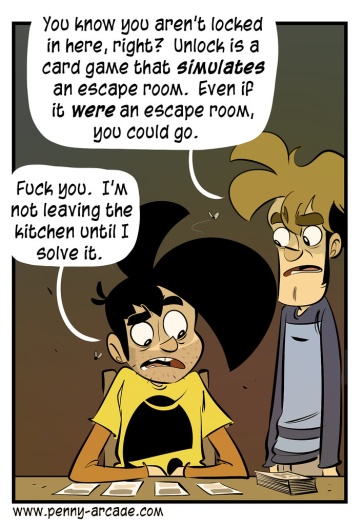 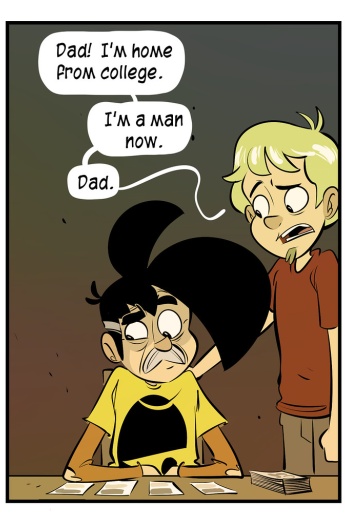 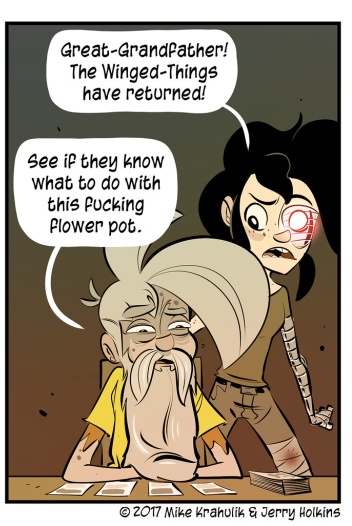 I would have thought that Escape Rooms would be the kind of nerd shit that wouldn't catch.

Brenna is a nerd, Theatre Division, but if I start talking about how Commander Farsight can declare Mont'ka once per game even if Kauyan or Mont'ka has already been declared, her eyes roll back into her head. Not as a joke. I think it is actually killing her when I get into wargame shit.

I think Escape Rooms lie at a strange crossroads, which may have something to do with their apparently seismic impact. First, let me say that I was surprised to find that this was a genre of boardgame, even though it's not surprising really; my suspicion is that these experiences could very easily undergo state changes between these two formats. They trade on a fundamentally universal theme. If you go in for RP or Theatre, R before E, your spores might bloom on such a rich substrate. It's also deeply social. Succeeding at a task with other people is something our brains like. They are, functionally speaking, engines of rich social engagement.

Gabe was trying to beat Unlock! with the fam, and I think they initially tried to institute a rule like the one in the strip but found themselves stymied by set. Even with the clues! They read clues and did not progress. I have to assume that most of you have been around here awhile, if you're spending time here in my benighted realm. Try to imagine Gabriel reading a clue and then still not achieving success. I mean, what is even the metaphor.