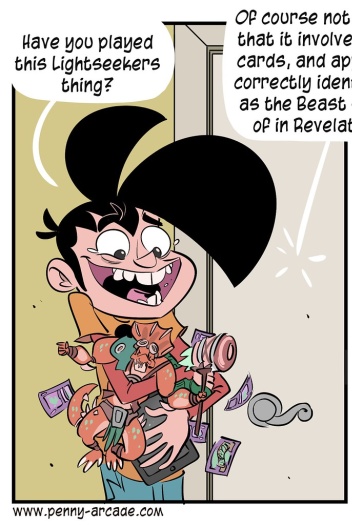 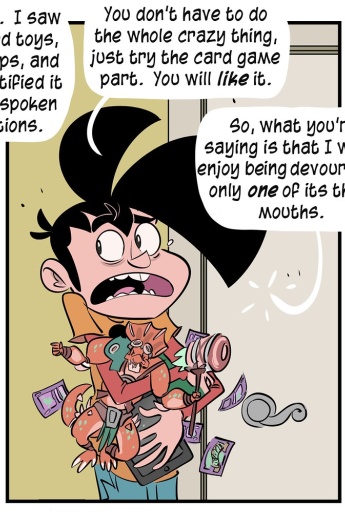 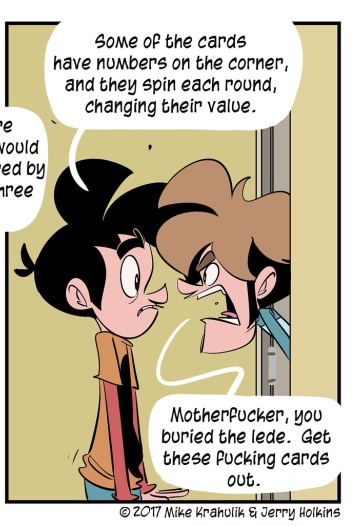 E3 was always a very safe show, money-wise - it's a fully operational media battle station, as opposed to a mall. You're supposed to go and salivate in anticipation of a meal six months hence. That's not necessarily true at a PAX show, partly because of its origin as a community show like a Comic or Anime convention. The Expo Floor is really an outgrowth of the Dealer's Rooms we used to be situated in, where one could quite easily purchase a comic where Malfoy spanks Harry or, indeed, a paddle and the accoutrements required to recreate such scenes in the home.

I buy shit all the time at these at it's bad fuckin' news. I grabbed a key for West of Loathing from the creators on the showfloor over at Kelly's Indie Megabooth; and a few of the other delights were available on Steam to snatch up already. Gabriel fell into a much, much deeper hole.

I don't unsub from most mailing lists precisely because I want to see how marketeers are shaping their charges. I meant the last part of that phrase specifically to be interpreted in the context of ordnance, but I think it might actually work two ways. It was in these mails that I first heard the term "buy to play," which is a real feast conceptually. In any event: "Toys To Life" is dead - I've seen this many times in these mails. But here comes Grimp, who came out of PAX West with his arms full of talking bluetooth figurines that act as game controllers plus a novel card game that also talks to the app or some shit.

I would indulge him, but I'm already planning to indulge myself with Dropmix, the new Harmonix card battler where playing the game makes music. It reminds me of the Biscoff Spread commercial, but with music and cards.