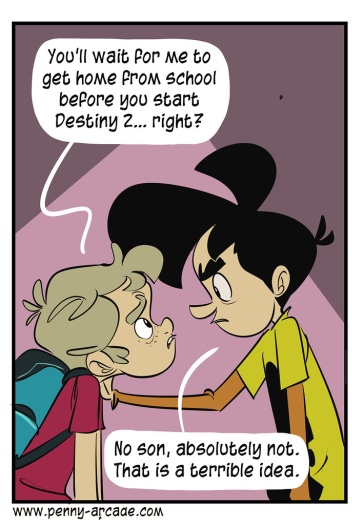 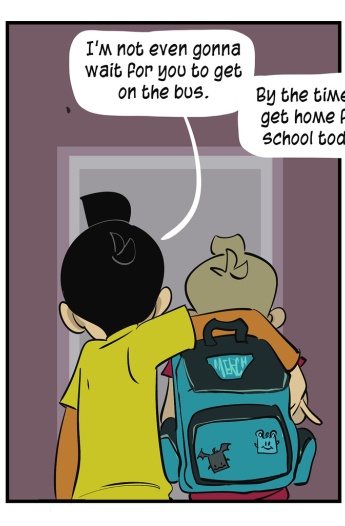 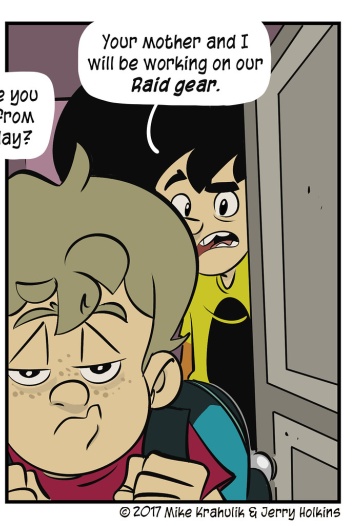 I added the part about Raid Gear, but I understand a conversation very much like this happened last night. By the time I joined Gabe and Kara online, what you might call our Classic Fireteam Configuration, Gabriel The Younger had already been exiled to the Darklands, where youths play not.

I don't know a lot about Destiny yet, other than to say that simply by looking at it you can tell that having PC as an aspiration and excising the old consoles has been very, very good for the game's visuals. It's also a very exciting time because if a green Engram drops it's like finding a twenty dollar bill on the fucking street. Before, you'd see a green engram and recoil, like it was something you might get on your shoe. Now I want to put one in a nest and sit on it until it hatches into a beautiful gun-child or cyber hat.

PAX isn't really over until the Enforcer Afterparty, when we honor them for - yet again - transforming an angular, empty cement box into something that authentically feels like Home. Now that it's done, and we're supposed to just go do normal shit somehow, I'm mostly trying to find a way to communicate the level of gratitude that I actually feel without it seeming ironic or maudlin. It's quite difficult. It's a stunning level of appreciation, such that I've spent several minutes now just looking at objects on my desk hoping that they can offer some kind of assistance. This grape stem has very little to offer rhetorically.

The best PAX is always, as the saying goes, the most recent PAX. It was especially true this time. Maybe that's enough.