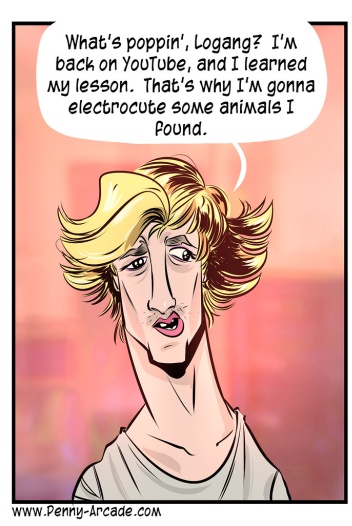 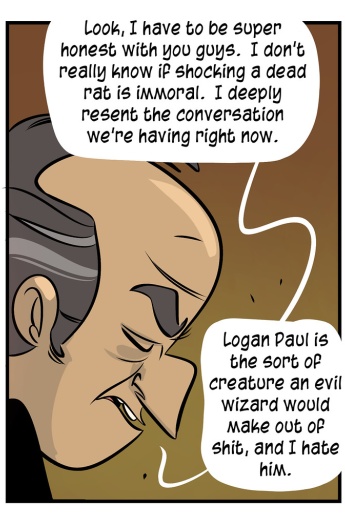 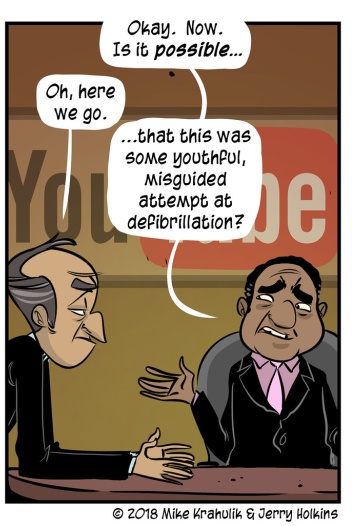 This motherfucker can't stay out of the news. And because eSports and social media have transformed every human medium of communication into a tabloid, I can't look anywhere without seeing it. So now, even if you have scrupulously limited your Internet access to this specific site, you still have to put up with it.

The whole thing has put me in a very philosophical mood.

There is pretty clearly a disconnect between the audience for online content and the platforms that host that content. The audience is fairly clear on this point: they're rewarding the most extreme content they can find with viewership and direct dollars. It's true on YouTube and it's true on Twitch. People always think that when you make a statement of observable fact you're supporting whatever it is, which is nonsense - we can't grapple with things unless we name them clearly. So, let me name it: Trolls are the new Punk. You can recognize this or you can be wrong and I honestly don't care which one you choose. Next you can disagree with me about the atomic weight of hydrogen. See where it gets you. Look, I'm not happy about it. Let's hate this together.

I was reading the Wikipedia entry on Punk, and I was like… Writing a Wikipedia entry on Punk is probably the least Punk thing there is. Sure, maybe that's what it meant in a specific time - ironically, or maybe just factually, it's a very conservative, victors-writing-history sort of affair. Punk is not a type of hair. Punk is that which gnaws at the roots of Yggdrasil. So if the new countercultural force looks like Logan Paul, this eighties movie bully looking motherfucker, and if norms have shifted to the extent that utterly mainstream individuals look like punks did, well, now you know what it means to live too long.

There was the idea that the Internet was going to do away with Gatekeepers, and it did for a time, except - and if you've ever worked IT you know this already - technology moves in cycles of Centralization and Decentralization. So, yes. You could get a TLD and functionally speaking operate a pirate ship for awhile, but monetizing that Internet required a fair bit of sophistication. The next disruptive wave was tied not to the the raw topology of the network but on services built atop it, with monetization as an inherent feature. Now, years after the fact, they're trying to close the barn door.

Logan Paul is making a fool of them over and over again, and perforating the platform for other creators. Now they've put him on timeout like the fucking child he is. They can stop paying him, but it doesn't stop him getting paid. They made a kind of monster machine, with every possible lever thrown towards a caustic narcissism, and then they pretend to be fucking surprised when an unbroken stream of monsters emerge.