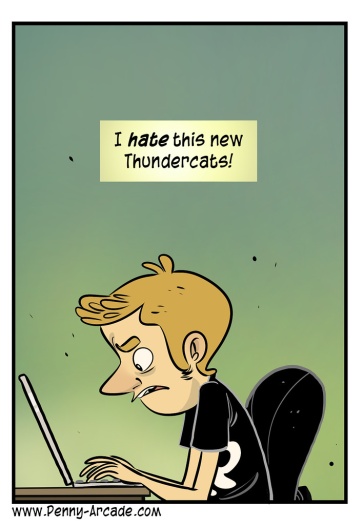 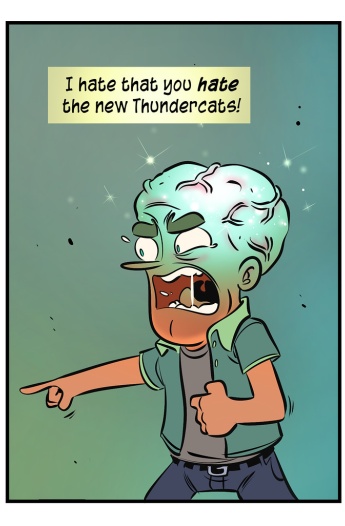 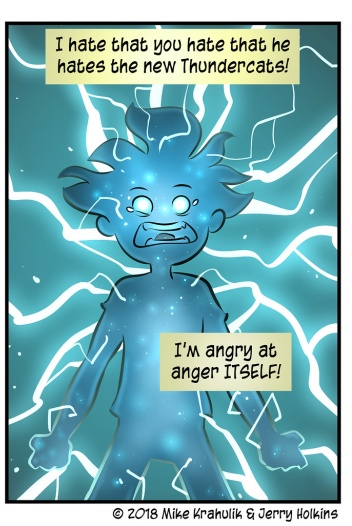 I didn't really live in the Eighties people lionize, let alone lion-o. I wasn't allowed to like the music and shows people recall with such fondness. I always mention this, but the extra part you should know is that I didn't feel hard-done by it generally. I didn't resent it. I believed in the mechanism that was being used to curate my mental diet: I understood that the Devil was using the culture to mainstream concepts like witchcraft and, yes, even premarital sex.

So the way it worked was that you would be watching cartoons and then you'd see the intro of the next cartoon and that would tell you if you could watch it. I was able to determine this by ascertaining if "my spirit was moved" by the content I saw there. Sometimes there were hard stops where every cartoon on every channel at a certain time featured or focused on magic use. Time to go outside, I guess.

Thundercats was pretty clearly gonna be a non-starter. This mummy sorcerer dude was not gonna make the cut. But I'd seen enough of the intro, enough times, for it to make an impression on me even if it wasn't a show I could watch. That's how it came to figure so heavily in the bumper for Acquisitions Incorporated: The Series.

There is a new version of Thundercats now I guess, and because I was literally disallowed from watching it I don't have too much of a dog in this fight. Or, like… a cat. I don't have any pets associated with the show. A lot of fans think it looks stupid. Because this is the Internet, the conversation is already so depleted of intellect that it's unsalvageable. People don't like it because it is silly, it is silly looking, and doesn't respect the source material. Now there are articles about articles, people want to make this whole fucking thing about it, but that's it.

I could only watch the Vehicle version of Voltron, not the cat one, because of the witch Haggar. The Avatar/Korra team resurrected this show - let me have the show I couldn't before and bridge a generational gap with the kids. It's serious and funny and awesome. Not awesome like rad, I mean, it inspires awe because these multidimensional magic war felines are a beacon of galactic hope. This is a show my whole family watches. Raise Dead is a complicated spell and the reagents are expensive, but it's possible to do it in a way that honors fans and creators.

This thing where columnists get out there and "own" fans in the service of Global Capital is fucking reprehensible. For Mike's sake, I feel compelled to establish this firmly: I don't mean that columnists are seizing and holding things with their tails. I mean there is a trend here where the people who invested their heart in something - the ones in many cases that sustain an IP like this while it enters cryo for a decade or more - are being told to fuck off in an effort to give corporate art a soft landing in the marketplace. They're all competing to be buried with the pharaoh or something. We're supposed to be quite impressed.