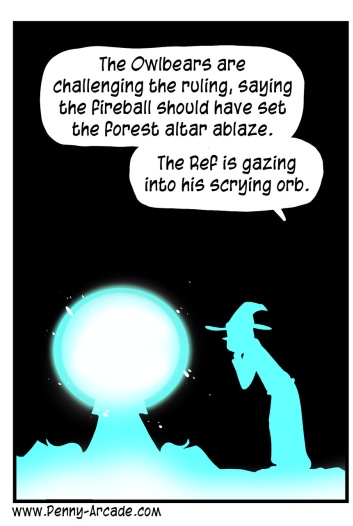 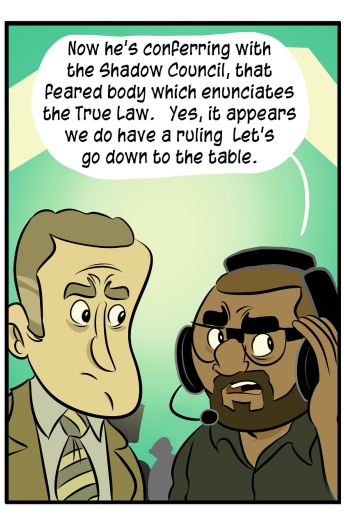 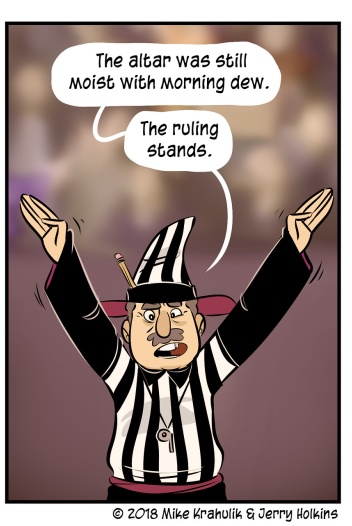 It's too much fun to depict the operation of a Fantasy Roleplaying Esports League. I mean it. I want to blow this thing out, like… do livery for every team in the league, simulate a tournament. Model the necessary and inevitable romances. Ultimately sell the property to an animation studio that produces a season anime.

I talked about the Omegathon earlier this week, specifically how it can transform even childrens' games into arena spectacles, but my experience with that tradition reveals something else. There are games that aren't "good television" because there are legibility concerns or they're very slow paced or any number of reasons - but if you can provide context, sympathetic participants, an audience, and consequences, the spectacle feeling seems to come along for free. That's not to say that absolutely anything executed in this way will achieve identical levels of success, or that it can endure for a long time - just that we appear to be wired to Witness. We used Cornhole once in the Omegathon, and it worked pretty well, but take a look at this ESPN presentation. What can't be a sport.

I really can't think about anything else now. The fictionalized league I've suggested, or doing it for real. Kiko, if you're reading this, come into my office and tell me why I can't do it. And don't be nice. I need bad medicine.

My router is failing at home, so I haven't been able to get down on the No Man's Sky update like I want to - so I'm gonna do that today on the stream. Gabe's family is out of town this week, and he has descended into a feral bachelor existence we have captured in Monday's strip - but if he still retains the power of speech he'll be joining me from home. We are by no means experts, we are just two men who happen to live - and work - in outer space.