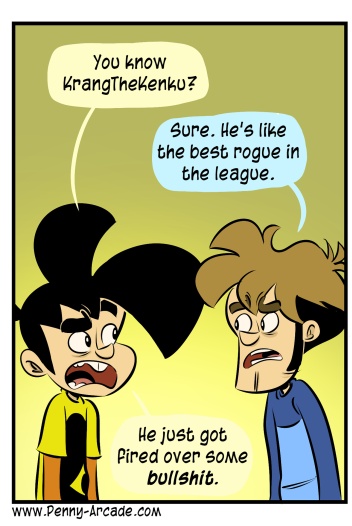 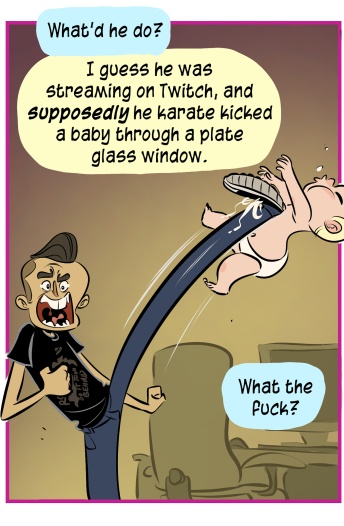 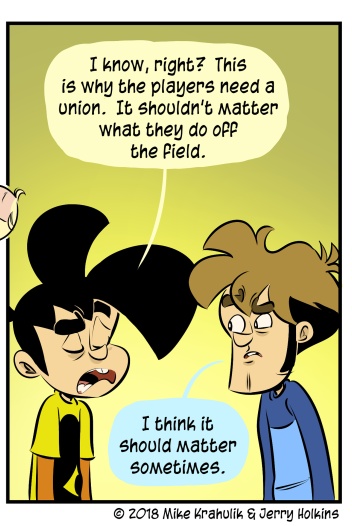 I feel confident that the dSports league I inevitably found will suffer the same grim setbacks shared by every other attempt to yoke incredibly competitive young men toward some decorous, public expression. Don't these violent sociopaths know I'm trying to establish dominion?!?

Hey, have you heard about KeyForge: Call Of The Archons? It's from Fantasy Flight, which is calling it a "Unique Game." Like, as a genre. I'll get into the peculiarities of that in a second. What it means functionally is that every deck of cards you buy is different.

I think the gameplay looks quite fascinating. There's no "mana" of any kind, rather, each time your turn comes around you simply choose a color and can play all cards of that color. Of course they have a name for these colors, it's like "Houses" or some shit, but they more or less map onto the concept of Mana Type. You're not trying to kill your opponent - rather, you're trying to generate an in-game material and build a certain number of keys with it. Wait! That's why it's called KeyForge!!! You know the material in question is magical as hell because the name starts with one of those weird letters that is an A, but is also an E.

It's by Richard Garfield, who is… you know… The Magic Guy, though I also think of him as the Robo Rally Guy and potentially even the Vampire Guy. We might also, for the purposes of this discussion, call him the "Spectromancer Guy" because it's a) something else he worked on, but b) also includes some KeyForgey lane based/spatial concepts about where cards are laid plus involves your "deck" being drawn outside of your control from a superset of cards.

So every deck you'd buy in the store its own name and its own leader and its own card back and there aren't any more like it. There's a very specific type of computer generated uniqueness that isn't especially unique in feel, and that's the vibe I'm getting from the leader cards. This type of algorithmic stuff is all over gaming right now, in part because they don't have to manage the physicality of these ideas. That's the advantage of the digital space! Printing this game out seems like a very novel decision.

I will absolutely grab a deck or two, and if I end up liking it, I'll grab as many as… three more. At this point, the people I'd be playing the game with would almost certainly institute a "sleeving and deckbuilding is okay" policy, at which point… it would become a collectible card game with ten dollar booster packs…?

I'm glad they're trying it. But it does seem like a weird thing to try.