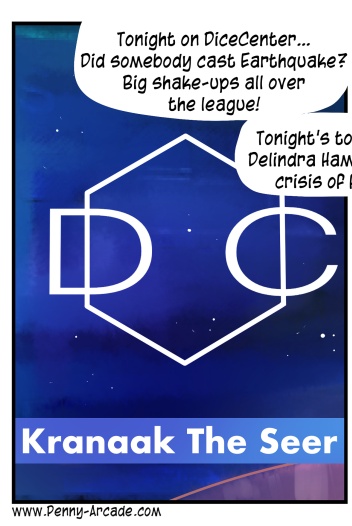 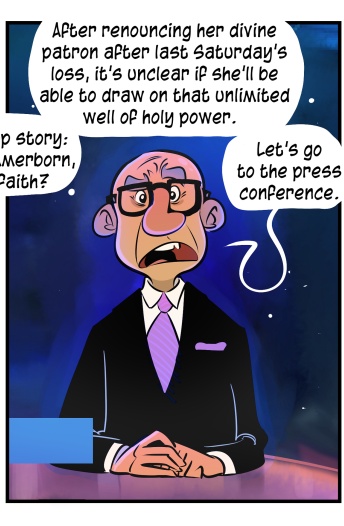 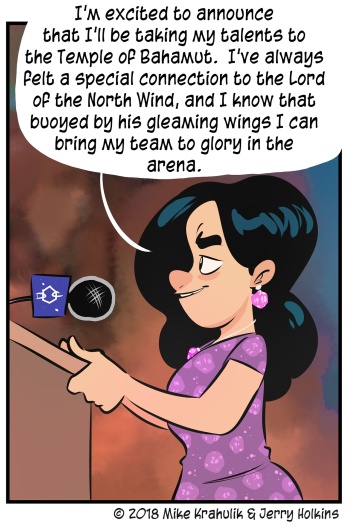 Obviously, there has to be a way to digest the dSports you haven't consumed; some mechanism by which we may obtain chelated versions of these prized materials for easy absorption. That's DiceCenter.

(There wasn't enough room in this one to give another shoutout to Goldenboy, unfortunately. We love that dude.)

The streaming schedule next week is pretty goofed up because of yet another Top Secret project. It's not a Project based on the classic TSR roleplaying game Top Secret, unfortunately; such is the bewildered and dilapidated state of our world. But Monday's packed with all the classics, and we'll have Ryan Josh, Kris and Myself on deck for Dadfuckers, Inc. Vitally, Wednesday's good - for it marks the return of Acquisitions Incorporated: The "C" Team.

Season Two is like a self-contained trilogy, and it's designed to be easy to catch up with, because each of the three arcs has their own recap video. Book One, Plans Within Plans, is distilled here. The recap for Book Two, Promise, just dropped and is available here:

They're animations executed by Kris Straub, who you may know better as K'thriss Drow'b - a Drow gentleman you may know from your local mist shroud. This time around, he gets the unique perspective of Ryan Hartman's Dragonborn Narcissist, Donaar Blit'zen. Which means, among other things, that it's pretty Goddamn funny. Get these two vids under your belt, and you'll be ready on Wednesday when 4pm PDT rolls around.

I CHANGED MY MIND about what we're gonna stream. We are gonna play Madden 19 (?!?) and Dead Cells instead. Stillaround 2pm PDT, though! That part is the same. 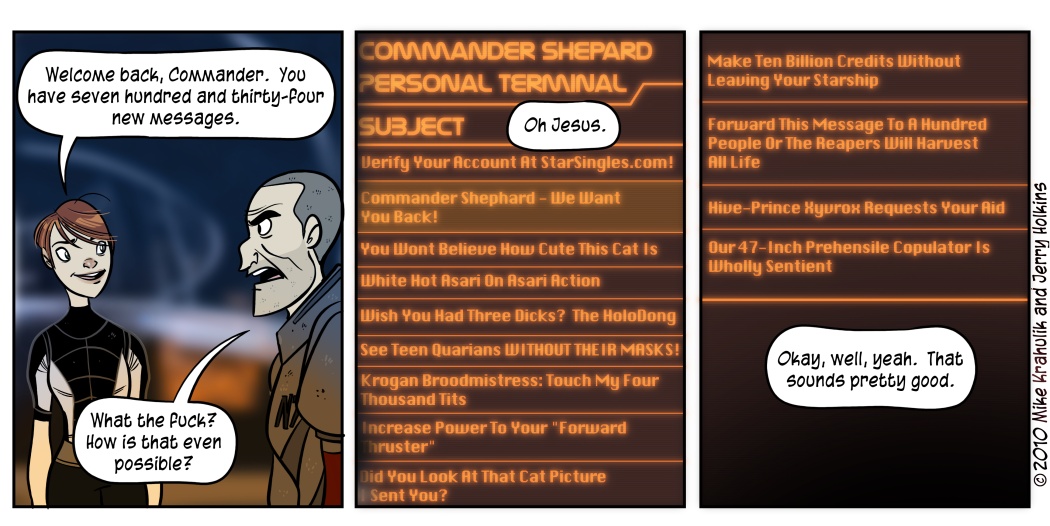