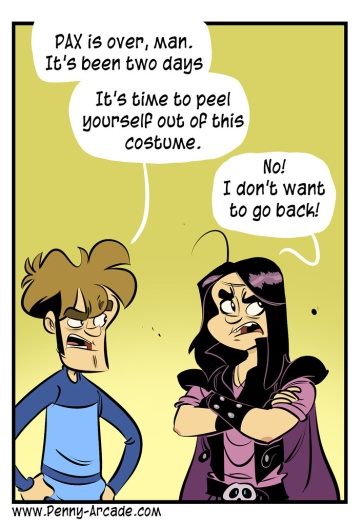 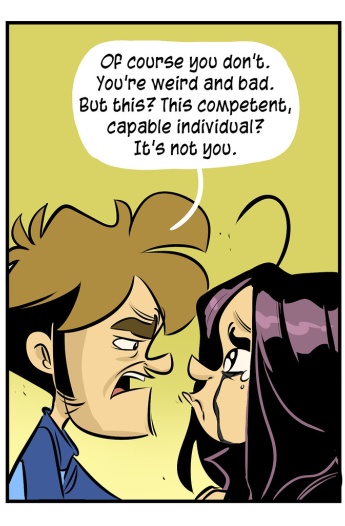 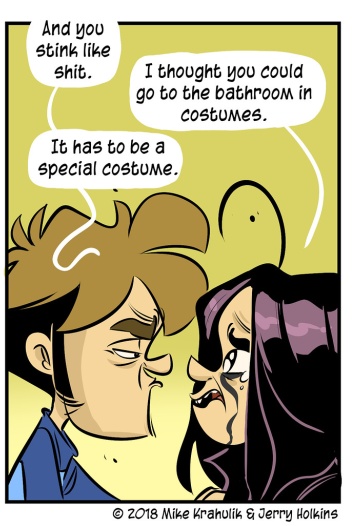 I don't know if he actually brought it home or not. I do know that he is a different person when he's wearing it. There's something about him raising up his left hand to tuck back an errant hair that is so out of place it doesn't even get filed like extra stimuli; it just coats the top of my brain unabsorbed.

I have lots of memories that are still condensing out of the show; one that I think is particularly fascinating is that even though so, so many games are there and so, so many people are there, and these two abstract entities commingle in a variety of scenarios, the only game I have heard anyone say anything about is Untitled Goose Game.

It's a hundred percent. I know for a fact there were other games - for example, I checked out The Division 2, Artifact, Falcon Age by my friend Eka, all kinds of shit. Multiple floors of games were on display. No! There was a single game there if you ask most people and it is a game about a malevolent goose.

I'm fucking exhausted, I'll tell you that much. I don't close the tag on a PAX until we've honored the Enforcers at the afterparty, which was just last night. They delivered the best convention there is, again. I'm back on my bullshit though! Acquisitions Incorporated: The "C" Team is back, at 4:00pm PDT on our Twitch channel. Join us as our stalwart heroes try to secure a valuable, imperious "Wildcard License" from their loathsome nemeses.