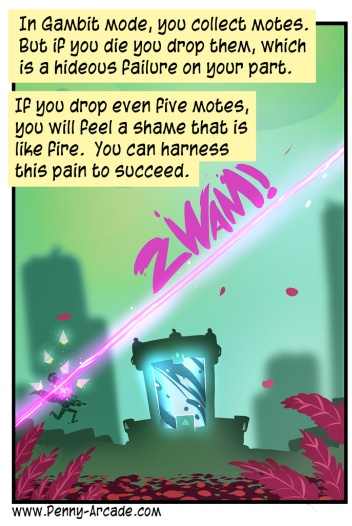 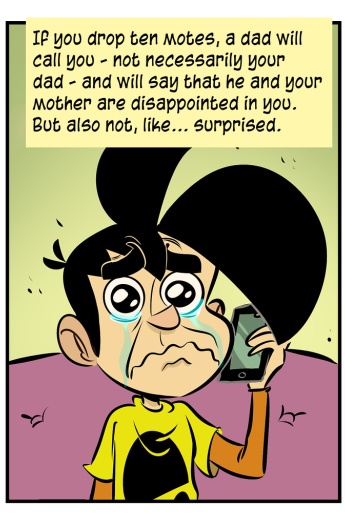 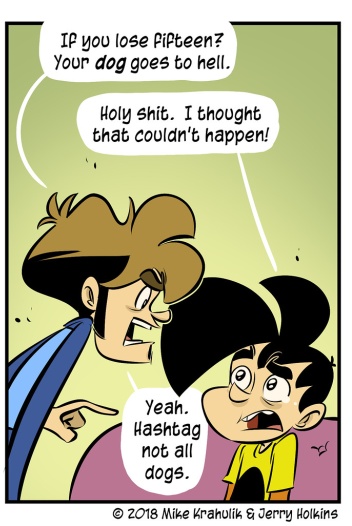 Most of the levels I've gained since the Forsaken expansion are from Gambit. It's early days for the mode, which is the part I like generally for new systems, where the continents have not yet cooled and it's possible to succeed with great communication as opposed to Raid-like mechanical rigor.

I came around to Crucible in D2, and I may be completely alone in thinking that four players per side makes for a far more legible, more skill based, less swingy battle. But that's not what I'm here to talk about - I only mention it because it is very, very distinct from the rest of the Destiny experience. Gambit marries what you might call Real Destiny with multiplayer combat in what I'm prepared to call a "genuinely new idea." You don't even see the opposing team during the round. Except sometimes. Read on.

You might say that Gambit features a liiiiitle bit of MOBA genetics, insofar as the mobs you crush in your personal round are like Creeps. But where creeps are a resource - source of currency and experience that informs the overall round arc, and thus must be apportioned to individuals for maximum benefit - the individual mobs here can and should be murdered by anybody. What's important is that you bank the little goodies they drop, called motes, in your bank at the center. Ultimately, you want to get seventy five of them in there. That's what releases the Primeval, something like a Boss. If you kill it, you win the game.

Here's where it gets kinda whacked out. When someone deposits five, ten, or fifteen motes at once - a dangerous risk/reward strategy - it not only closes the opponent's bank, but also creates a "blocker" mob on their side. The bank doesn't open again until they leave.

At twenty-five, fifty, and seventy-five motes collected, a portal flares up on your side and one of your teammates can go attack the other team. So imagine a situation where you have blocked them, and they're all running around trying to kill blockers, but they're plump with motes they have nowhere to put. Imagine how devastating a successful invasion would be here and, and just take a moment to vibrate at this frequency.

In the strategy we employ, I don't touch motes unless I do it on accident - I use scout and sniper rifles to generate motes, and it's my job to clear blockers so that when Gabe comes back with fifteen motes stuffed into his cheeks he has some place to put them. Also I got a bunch of motes once and what I learned was that I can't be trusted with motes.

Interesting competitive games often feature "catch-up mechanics," and creating catch-up mechanics that don't have a rose emoji, sorta "redistribution of wealth" texture to them is tough. Gambit has two of them nested within a kind of Noble Helix that allow for ridiculously tense rounds. The first is that once a team has reached seventy-five motes and summoned their Primeval, they're no longer sending blockers to the other side. They don't even generate motes. That means if you can accelerate collection, you can do so unimpeded.

The second is that when you send an Invader to the other side while the enemy is fighting its Primeval, every time you down one of them their fucking Primeval eats their soul and heals itself. Like, a lot. So a timely excursion while your allies are getting your own Primeval on the field can buy you a ton of time. Maybe, possibly, hopefully, enough time.