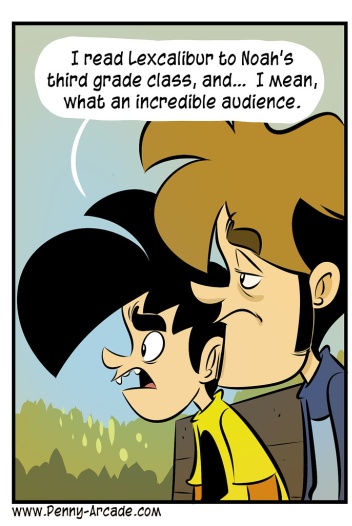 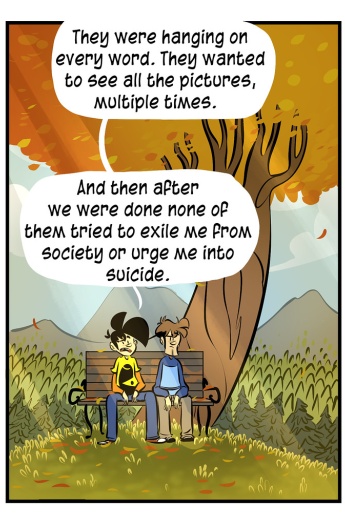 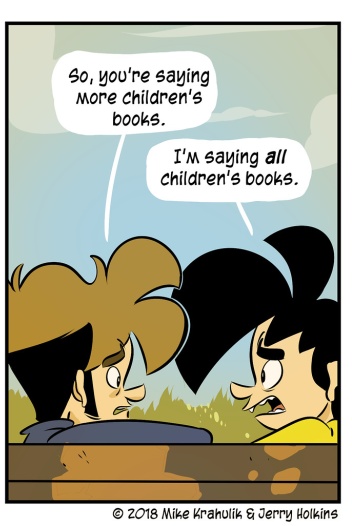 Making parties seemed to be all kindsa fucked up for me last night, at least on Xbox, and I don't know if it was some kinda NAT horseshit or launch day jitters or what, but I wasn't able to party up with people I played the beta ("beeta") with just fine. We were eventually able to hack the planet, so to speak, by joining the game the other person was in and then beating the odds several times over as it kept us in the same party all night.

I have questions. And theories. But God damn it, once we were in the chute being hustled from map to map, gaining valuable imaginary points and growing in martial vigor, I forgot how mad I was because I had to educate the foe. I'm gonna check this morning to see if that shit is still situated clearly within the ivory bounds of the Bone Zone.

The strip indicates that Gabriel was the "secret reader" at his son's school, and while there he read Lexcalibur, which seized these youths with its vivid depictions of a world whose true nature was hidden, yet accessible. Indeed, I wrote it with them in mind; large portions of the book were written with a child literally asleep on my lap. It's possible this inflected it somehow. But I also used it as a way to teach young people what each part of a sword is called, and to give parents a book they wouldn't mind reading overmuch, because I often had to read books to my children that were bad and I resented it. The second printing is now available, in a variety of forms should you so desire.

The design team wanted to make something special for the launch, and they did, with a shirt for kids using the art from Sword of my Fathers - a personal favorite. It looks like this:

It's pretty important to me! It took me twenty years to write, essentially. And then a lot of people here took the thing I wrote and then made it better in every way.

Gabe and I are gonna be going hog-ass wild in Assassin's Creed: Odyssey this afternoon on Twitch from 2-4pm PT. I had a really good time checking out the earlier levels with Josh yesterday, and I'm excited to check out where things are at around level 16. Thus far, there's been a lot of exceedingly dark physical comedy and I'm ready for more.