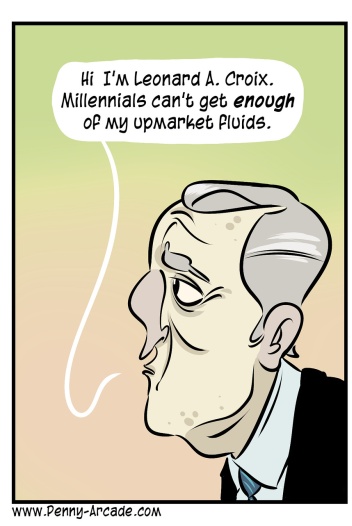 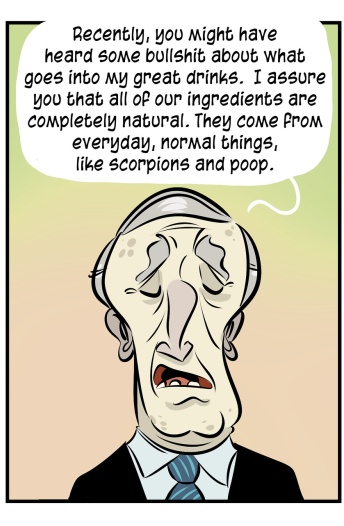 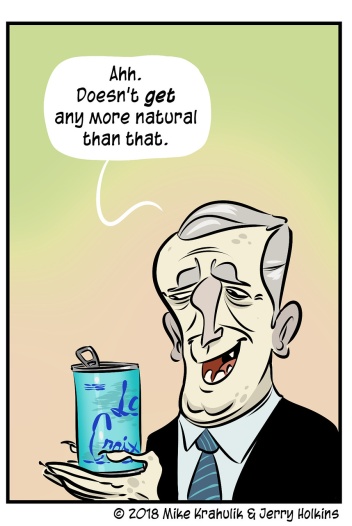 Once, when we were streaming the creation of the strip on The Tweatch, it came up that beaver assholes are a prized font of delicious vanilla flavor. Which is sort of true. Let's break it down:

Oh, when I was talking about how many people were completing Call of Duty campaigns yesterday - ultimately choosing to rely on my own personal experiences for a total sample size of 1 - I should have realized that Kyle Orland had already done this legwork over at Ars Technica. Of particular note, I think, is that as bad as it might look on Steam it's even worse on consoles. Arguably, since Black Ops III, engagement with the campaign has been on the upswing - but look at what that means. It means that eight percent of players completed Blops3 and twenty two percent completed WWII. It's a competition to see who can be king of a very small hill. And it's not even a hill, I wouldn't say. It's a picture of a hill that encloses a gradeschool diorama, meant to lend an air of scale and majesty to something that is small enough to stuff under your bed and forget about.

So! Our second round of Lexcaliburs went fast, maybe faster than the first time, which is the sort of thing you want to hear when you've forced all your friends help you with the least sensible business excursion of all time. We still have the digital version and the rad youth shirts, but I understand if you're more in the market for an artifact. The main thing I can tell you is that our merchandise manager Lidija, in her infinite wisdom, has already solved this problem in a way that will result in Lexcalibur being back on our shelves soon.