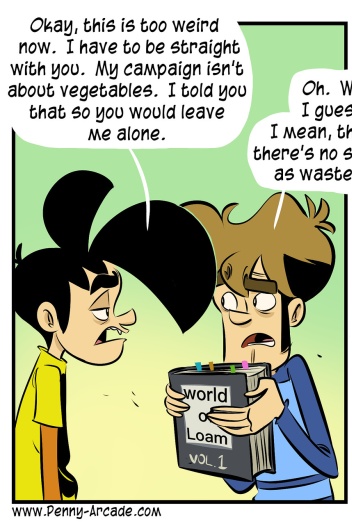 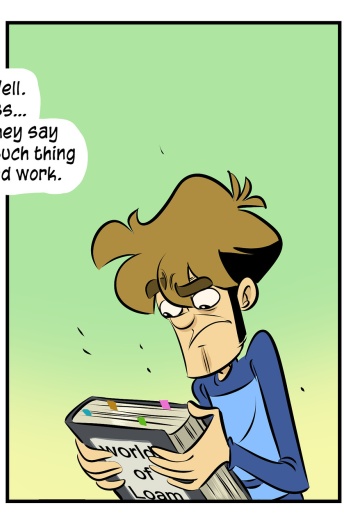 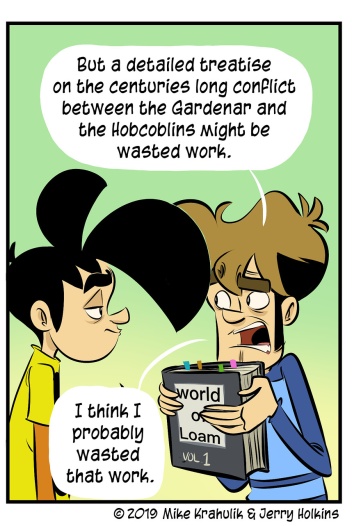 Okay, so, I wasn't able to do it. Today's strip is also about this World of Loam evil vegetable horseshit. But now I'm done.

One of the nonsense things, there are many, but one of the nonsense things about making the kinds of things we do is that when we lean into weirdness sometimes it connects with people…? As we have suggested repeatedly our audience consists largely of each other. It's something we guard with great jealousy. But I would say that for some reason this one has lit people up, which I'd never suggest was an index of quality and may simply be an assessment of a world gone increasingly dark, where even a bub this dim can seem bright.

It also seems to have encouraged others to make things as well, adjacencies to the Loam, uh, IP or whatever, and that's when I like Penny Arcade best: when it starts here, but doesn't end here.

So, Smash Bros was ridiculously fun last Friday, and I can't see any reason why we wouldn't try to set that up again. Join us on the stream at 2pm PST to see play ranging from "F- Exceedingly Poor" to Quasi-Dangerous from our well-stocked and world-renowned War Couch.