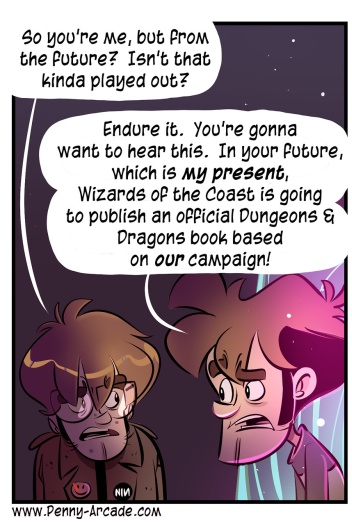 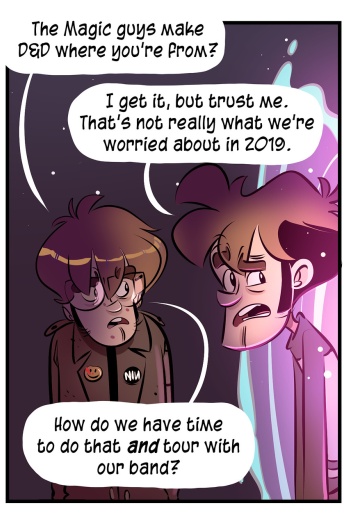 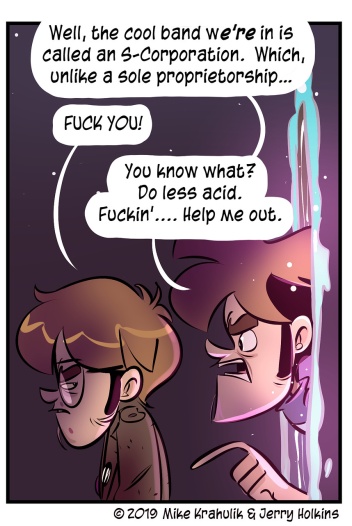 I don't talk about it as much as it deserves, nowhere near, but I don't want to annoy people with it; this makes me uniquely ill-suited for the social media era. It's quite true, though: there's an Acquisitions Incorporated supplement for D&D coming, and what's more, it's an official book made in concert with Wizards of the Coast. This means, among other things, that when you put it next to your other D&D books it will look like it's part of that august tradition. Because it is!

It's been over a year of work, hundreds of pages, so, so much art, compressed into a kind of conceptual steak that I can't wait for you to eat. Or, if you are a vegan, compressed into a "Celebration Roast" of squash, apples, mushrooms, and other objects you might find on - or very near - the ground.

I often field questions like "did you think any of this crazy shit was gonna happen" (no) or "if you could talk to a younger version of yourself, what would you say." But I know something they don't: the younger version of myself wasn't worth talking to. I'd never tell him anything! Every other version has been deprecated. Even the me from five minutes ago was a taut, bulbous sac of evil.

Always demand the most recent version.

Alright. I have to get on a plane in a few hours, so I'm going to try to enter and then remain firmly ensconced in a dormant state. Hopefully I'll see you at PAX East over the weekend, if you see a translucent orb rolling around the Expo Floor it's probably me - feel free to say hi. I should tell you that I speak like I write. I'm not saying that's a good thing. I'm literally just, like… warning you.