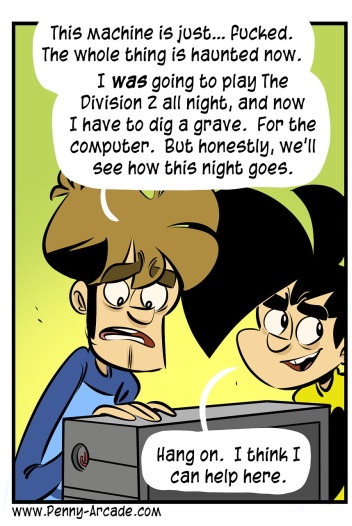 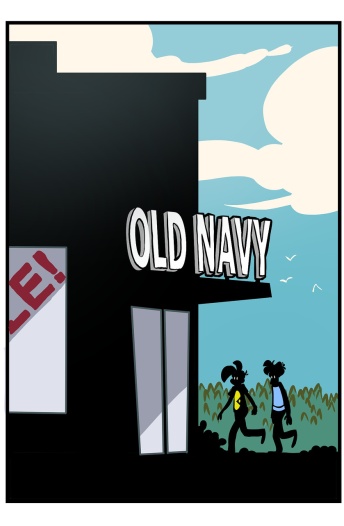 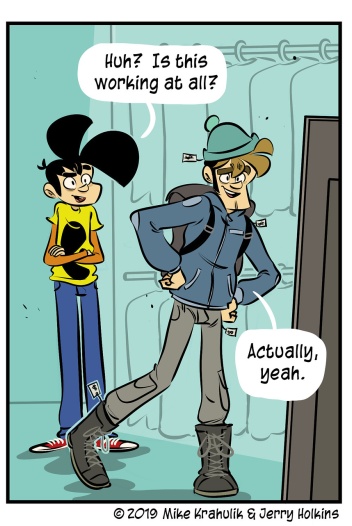 My computer was, in fact, one hundred percent fucked. It was one of those things where you fix one obvious problem, a problem where when you see it you're like "How did this ever work at all," and then the entire fucking computer inexplicably falls to pieces. In this case, and I mean case in both senses, the CPU was trying to catch on fire because the impeller inside the liquid cooling solution had, through exhaustion or sheer laziness, either ceased to impel or whined throughout. The new Enermax cooler our engineer put on there is like a malevolent curl of alien impact shrapnel and is impervious to heat because it was born in a star.

I saw a really interesting thread over the weekend promoted by our own Ryan Hartman about what a book actually costs - not to sell, really, but to buy. Discussed on the Twitter feed of a bookstore in Lawrence, Kansas called "The Raven," so I'm already predisposed to like it, they went into more detail than you're likely to see in an understated but occasionally spicy thread. The pieces here around wholesale pricing and the price of a book at retail - what we have historically called "profit" - are especially noteworthy.

When we started doing preorders for our Acquisitions Incorporated book, people wanted to know where the best place to get it was, "best" meaning here most advantageous to us I assume. The winningest scenario. And obviously, the best case scenario for me is that you get it from our store. A lot of people work here, many of us touched the book itself, and more yet will touch it as they ship it out to you in June. We're very proud of it. But, I mean… yeah. If you got it at Zulu's, or one of the Moxes, or whatever your place is called where you live, you still bought the book. I described the difference between wholesale and retail as profit before, but it's probably best described as the difference between living in a society and living in a market.

If efficiency is our highest virtue, we need to consider that we may not be especially virtuous.