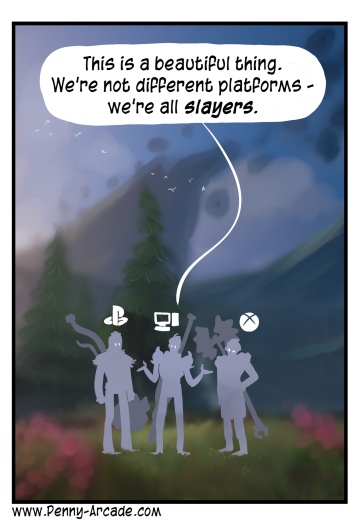 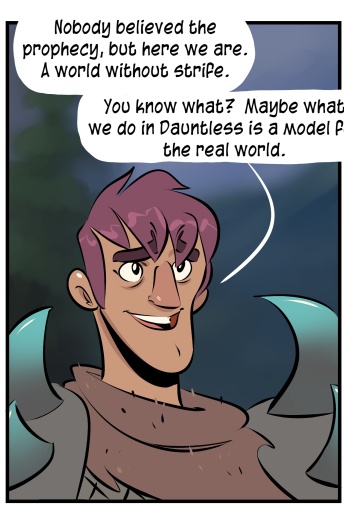 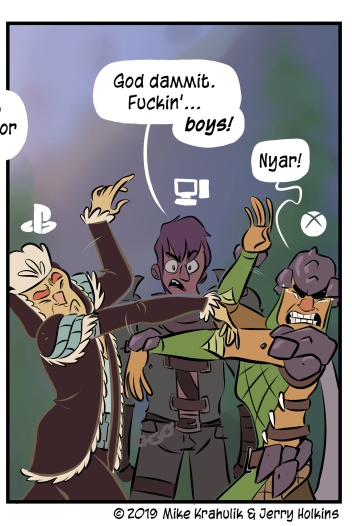 I can remember when Gabe was telling me about Dauntless, a game we'd never heard of in a booth we'd never seen before at PAX South. Gabe spent most of his time there, and the promise seemed to be a free to play Monster Hunter. And that's more or less what they did.

In terms of play arc, it's Monster Hunter in its basic shape. You fight rude behemoths of various elemental polarities in order to make clothes out of their guts. Outside of that, everything else is either streamlined substantially or just... broken off. Monster Hunter has a ton of things which some might consider sophistication and others consider busywork, but I'll always have a soft spot for demonstrative chefs who are also, you know… cats, the roasting of a juicy haunch, those things which help to build a weird subculture of shared experiences. If you like to Hunt Monsters you might like the Dauntless take on it, or you might long for those rings of lacy embroidery it has done away with, but having tried and failed to get Gabe into various Monster Hunters over the years Dauntless lets us get close.

Plus, multiple platforms can play together, so (like when we were playing Star Trek: Bridge Crew) he can play on PS4 if he wants and I can play on PC and it's fine. Well, until three platforms worth of players all want to play at the same time and now there's a queue. Gabe plays more than I do, and he says there's been bumps, but if you gotta have a problem...

We're gonna try to play some Dauntless this afternoon at 2pm PDT on the stream, if we can beat said queue - I think he and I are relatively close in power, so we should be able to grind up a couple beasts and squish them into armaments. And then, we'll start the cycle anew.