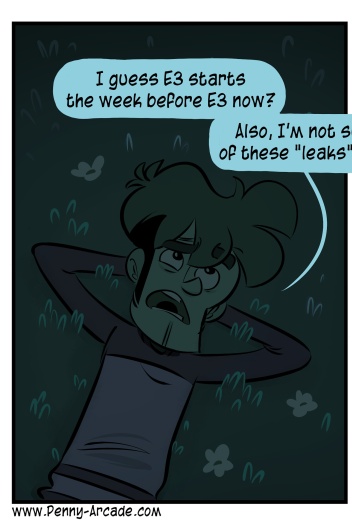 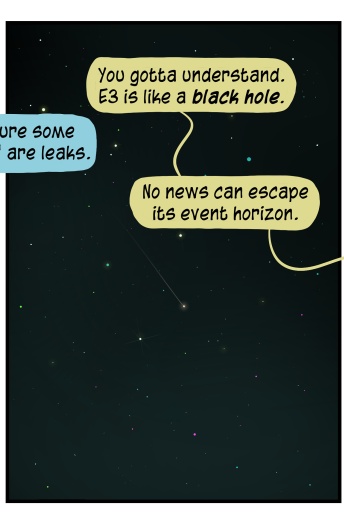 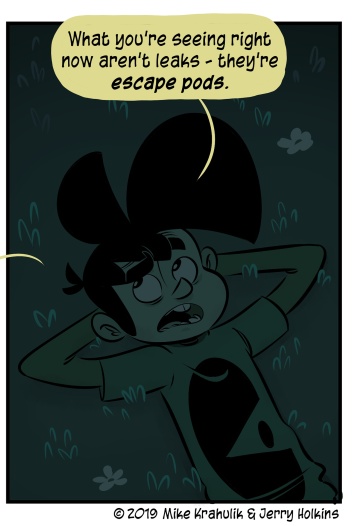 Whenever I see a "leaked video" with "confidential" across it filmed shakily a couple feet from the screen, especially around E3 I think a very specific thing. I think that if they turned the phone around, or simply changed to the front facing camera, we would see the lead designer.

I'm not even mad about it. I think that if leaks aren't part of your strategy you're probably doing something wrong. I look at leaked video for games I don't give any kind of shit about. A motherfucker gets tantalized by the illicit. If Ninja Theory's Bleeding Edge wasn't leaked, it should have been. More people know about it now than would have otherwise. It's better for this to come out before we see, like… Gears, and Halo, and Splinter Cell or whatever they're gonna do. You need a lot of mass, the closer you get to the center of this thing. I think it's a very scary place for your work to be born into the public consciousness.

I always smile a little when one escapes.

We received reports of giant beasts festooned with useful parts - parts we can incorporate into the latest fashions. We're gonna go fucking nuts on these beasts on stream from 2-4pm PDT, and I'm just starting to move into the woolier encounters on my account that I think Gabe can help me with. Technically the game is called Dauntless, but I mean… if anything, we intend to Daunt more.