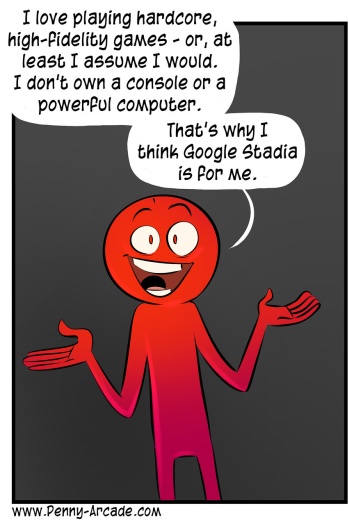 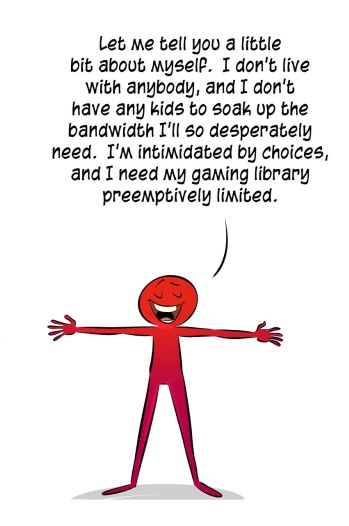 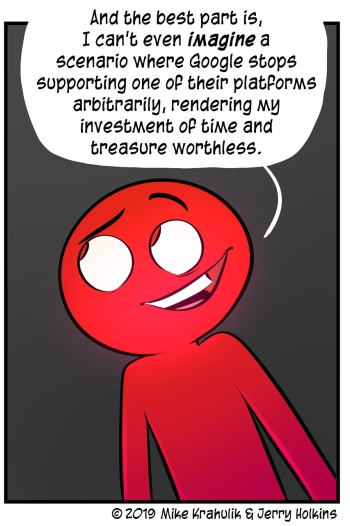 I completely understand why publishers and platform holders like streaming - they'd love it if you couldn't own anything. If you want a vision of the future, imagine a freemium game played on a streaming platform forever. Eventually one of these Beasts Spoken Of In The Book Of Revelation is going to coin the term "Streamium" and it will be like horn that signals the Earth's final hour.

I'm just not doing any of this shit. The only one of these streaming things that doesn't make me do that convulsive sort of cat/hairball thing automatically is xCloud, because its purpose is to increase the value of the things I already own. I doubt I'll even use it. I just hate it way, way less.

As far as Stadia goes, I want fewer platforms, not more. And where there are platforms, I want their arbitrary dominion over my data and progress annihilated. If they want my money, they can court me for it with something other than the hostage situation these behemoths have operated thus far.

Maybe it's for somebody. Maybe it's for a projected demographic, a Stadioid, the kind of nobody only the very intelligent can muster. I think of this stuff much the same way I do when I see an advertisement for MTN DEW AMP GAME FUEL. Why are you here? Why now? You'd better have a better fucking answer than "Q2."

E3 is when Devolver Digital inflicts their performance art on us. Most of everything else I catch up on later. Except for Ubisoft at 1. I need to know about Beyond Good and Evil and Division and if there's a Splinter Cell or not. I'm gonna go watch it in Kiko's office.

Engineer's out this afternoon, Ryan's down at E3, Amy's outta town and Kris is exploring a "psychic vent" he calls Aperture 472. So, since Phoenix Wright, Slay The Spire, and EXAPUNKS are out, I'm gonna go nuts streaming something I've been trying to fit into the day - Outer Wilds. See you at 2pm PDT.