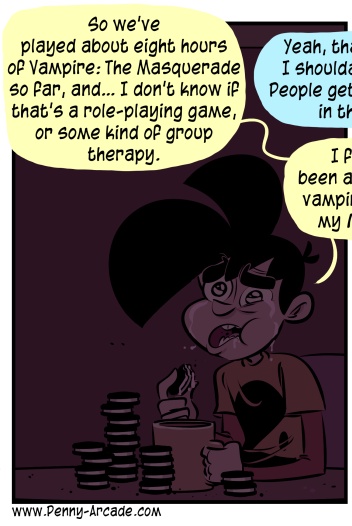 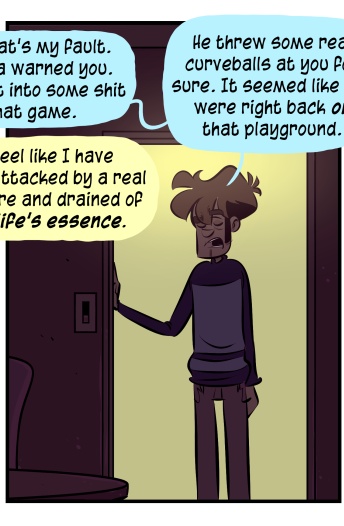 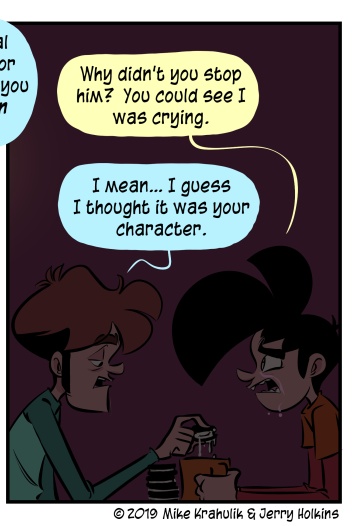 The first roleplaying game I ever got Mike to play - this was back in high school, so at a much less amenable point of orientation toward the Table - was Mage: The Ascension. Yes, that's correct. I started a neophyte player with a game about the interplay of philosophy, belief, and magic, which is to say, I pushed him head-first into the deep-end of an empty pool. That's kinda my move.

Mage is the little brother of Vampire: The Masquerade and Werewolf: The Apocalypse, which you might know better. I played Vampire in high school, like most people who were trying to branch out from D&D - I spent some time with Deadlands and Call of Cthulhu during that time also. I'd been away from the World of Darkness for a while, but if the GM of #LAByNight rolls through and asks if you want to work on a special project with them, you say yes. I think that Gabe was not fully prepared for how little space there can be between you and your character in this game. We wrap filming for Seattle By Night next week, and I can't wait for you to see it.

Make some time this Thursday and Friday to hang out on the stream to see a ton of live art. But when, though?! Here are the times:

And grab a shirt, because in a couple days you won't be able to anymore.