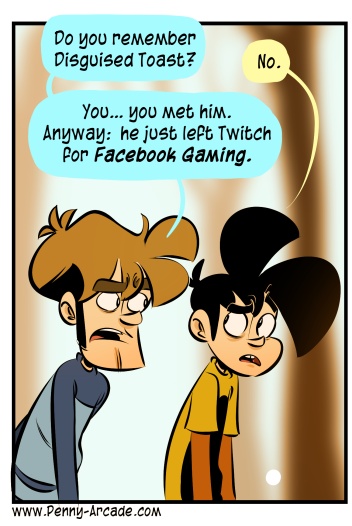 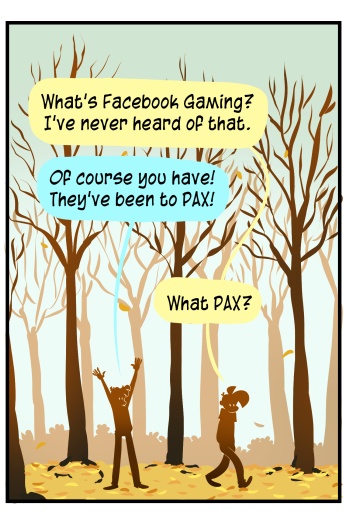 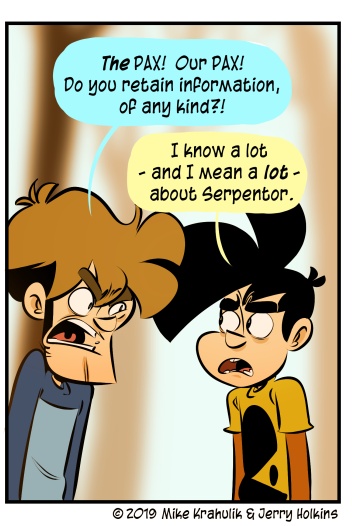 Here is a comic strip about Disguised Toast getting on that Zuck Truck for Fuck You Bucks.

Toast is real cool; we had him as a guest on The Magic Hour. Good opponent, talkative without being overwhelming, skilled without being a braggart, just a very calibrated dude who deserves to sleep on a giant pile of draconic gold probably more than your average person.

Ninja and Shroud were obvious picks, I think. They're getting down into some more curatorial selections now, and it's really interesting which of our kind they find Worthy - which ones are granted Elevation, rising slowly in a cone of green light until they enter the impassive silver disc. Honestly, he's probably the perfect pick for Facebook. His Cold Fusion chill energy is exactly the right angle for them while they're charting this territory.

I gotta rock Dad Shit today, but Ryan will be with you now and at the hour of your death - he's obsessed with Hearthstone Battlegrounds, a game you could describe as competitive Watch Making but in the best way, and he'll be on stream at 2pm PST to show you how. Imagine if you could make watches of increasing complexity and then let them fight until one watch is destroyed. When it was announced I was like "way to hop a trend, former Gods" but when you see how they've distilled Auto as a genre they've found the second, secret core that exists inside another core and I immediately felt bad.