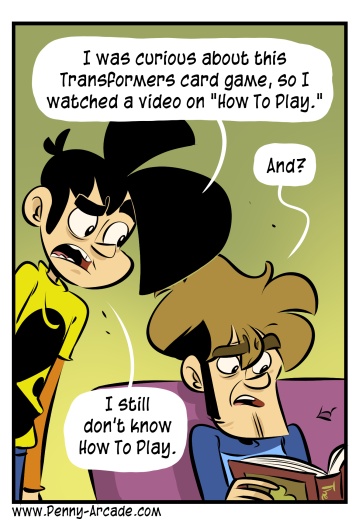 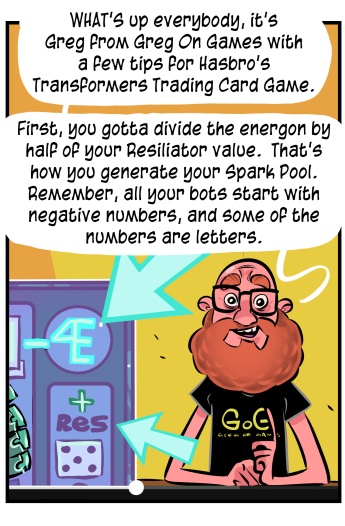 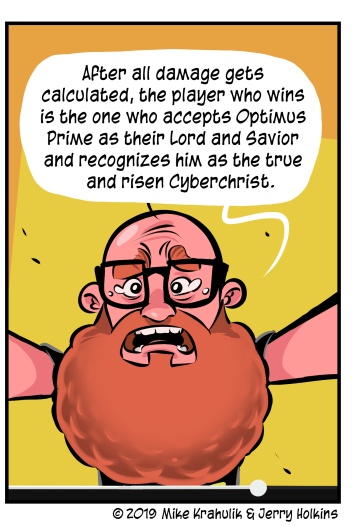 I actually tried to get into Transformers Trading Card Game, but I couldn't, physically couldn't, because it had been consumed entire by a flock of ravenous robot worshippers. I never had a chance to do anything with Devastator or whatever. I think they have Devastator. I don't know. I've never played it. Remember? Look back up at the top of this paragraph.

Gabe tried to pull up a video on the Internet Web about how you're supposed to Transform, but he could not digest it. Creating bad instructions, like making weird diagrams, is an obsession of mine because I have a brain disease so I was able to convince him to let me be dumb for a little while.

I think I do understand the mechanics, though, and it's the inheritor of a few modern textures I really like ground into a rich slurry. I like cards with words and numbers on both sides. And I love card flip mechanics - often seen in Bushiroad games, but it does recall my torrid affair with the old Warhammer 40k game from Sabertooth. That was an especially Me sort of game, where every card hard a Flip feature, was a unit, or was a spell all on one card plus Boardgame style territory control. I feel flushed. Is anyone else hot?

That Transformers allows for interesting Order Of Operations tricks and has no mana to speak of also commends it to me. I have every faith that I'll be able to find a card or two at PAX Unplugged; It's just a feeling I have. 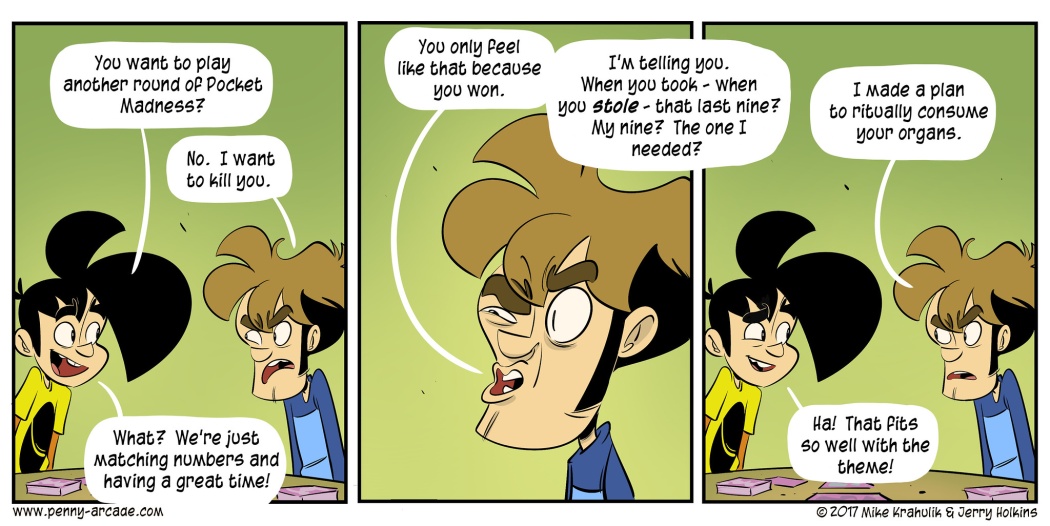