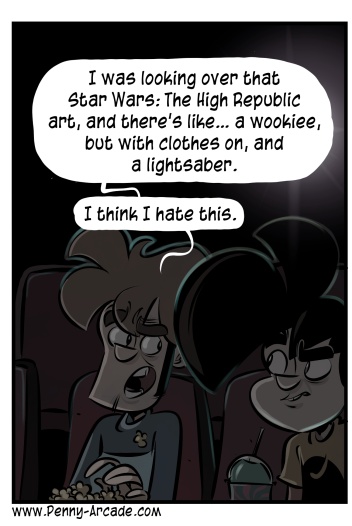 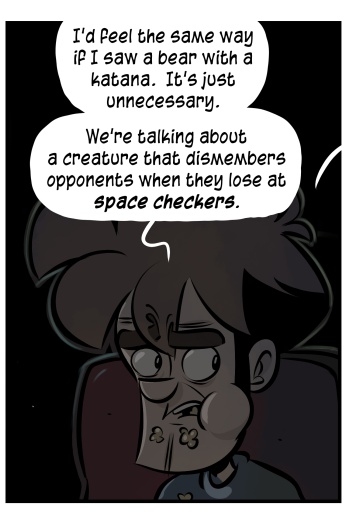 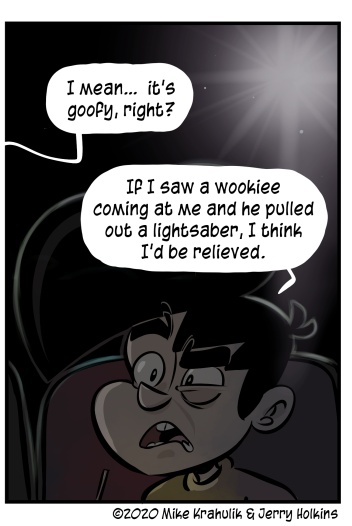 (I'm writing this in the cab on the way to the airport.)

Disney has just revealed the initiative called Project Luminous, which looks very YA even if I don't see that particular phrasing anywhere. It's essentially a new transmedia excursion for print set two-hundred years before the prequel trilogy. The Old Republic timeline has seen a lot of cool work, not the least of which are the amazing animations that have been done to accompany new content for the MMO. That was less of a quarantine and more of an opportunity to offer freedom for both eras. Two hundred years before the prequels, on the other hand, feels like trying to find some portion of the handkerchief which has not been soiled.

(I am writing this in the terminal.)

I know there's at least one other example of Wookiee Jedi phenomenon in what remains of the Canon, but it's still not for me. Apparently George Lucas fashioned a No Wookiee Jedi rule, but reports are largely apocryphal since the source documents have succumbed to time-rot. So maybe he wasn't a hundred percent right all the time and maybe he had some Jedi in like a fifties space diner at one point but we gotta recognize, respect, and honor this wholesome instinct. Wookiees live in synchronous bliss with giant trees; I don't think they really lack, culturally or just generally, for a deep connection with the living universe. I don't think a lightsaber makes sense visually or materially for these massive, clawed bipedal sloths and it looks like the kind of procedurally generated Star Wars Mad Libs they specialize in now.

(Took a minute to upload the post; had to wait until we were at ten thousand feet.)