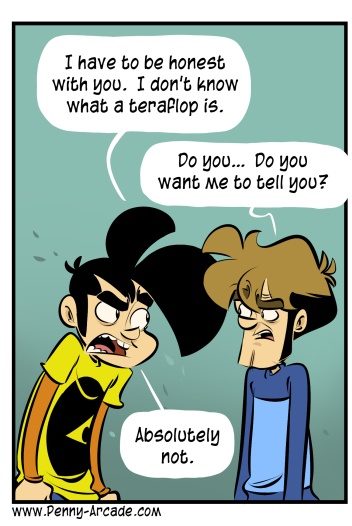 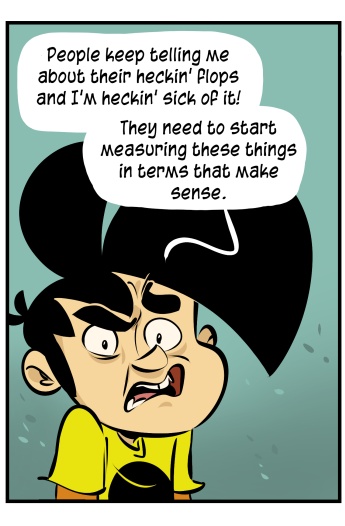 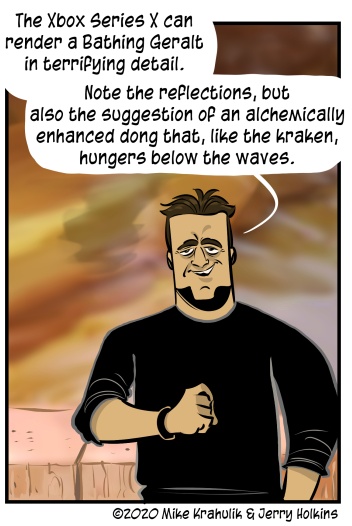 My Pixel 3, and maybe Android phones in general, I don't know, thinks it knows what kind of news I'm interested in. Sometimes it's right, but it's no great feat; I probably do want to know how I can give Games Workshop even more money. That doesn't require, like… Carnivore or some shit. But it's also revealed these second and third tier news holes whose only purpose seems to be saying one partially new or hastily recontextualized thing on a hot button SEO topic to get churned up by these algorithms. Right now the gristle in their teeth are the magic numbers attached to gaming hardware and man do they ever want me to have an opinion on this.

I used to make my living doing computer shit, and I still really like it, but I don't buy videocards based on their teraflops. I buy them two generations after my last card, in time for a game I really care about. So arguably I do buy them based on teraflops, I just have a proxy calculus for doing so - this seems to work pretty well. I don't really know what a teraflop is exactly, but I think I can guess. The tera is a thousand times itself a few times over, and the flop I assume is a floating point operation. Did that do anything for you? Has it ignited your Intent To Purchase? Please make note of it on the form.

I remember when the Xbox One and the Playstation 4 were gonna be the "last console generation." Don't you? It was the complete opposite, except for in one crucial respect: it was the last time anybody was gonna break compatibility with a straight face. As a practical matter, it's resulted in three times the amount of hardware. I understand the challenge they have trying to communicate these things, but for me and I assume many others you can't really inspire people waving these totems around, as though "flops" are the problem the Xbox has; as though "flops" are gonna be what fixes it.