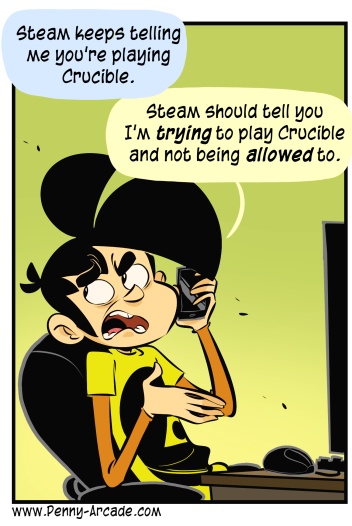 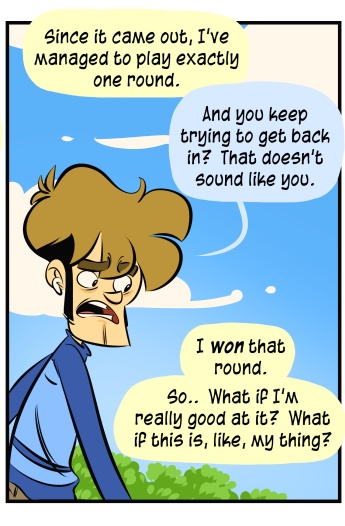 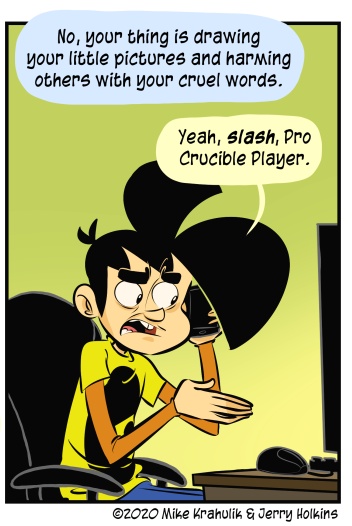 I can't find the page now, it's possible it's just gone, but even the day Crucible launched I was trying to find the game on Amazon - I thought for sure they were gonna utilize their launcher or something to distribute it. They had a page up with some rudimentary information and the suggestion that they didn't know when it would be available, on its literal launch day. I had a hard think about that. In 2050, you'll buy a liver for your son from Amazon because he has Pfizer Syndrome and you don't want to settle for the Walmart liver even if it's half the price because it comes in a two-pack and that seems weird. But You Don't Skimp On Stuff Like This. Today, in 2020, they don't even know when their game is coming out because of how nerve signals attenuate in an organism of that size.

I was quite impressed to learn a few minutes later that it did come out, and on Steam, which is where most people buy and play games on computers. I was as pleased as I was when I found out that Gears Tactics was on Steam, or Ori and the Will of the Wisps. I don't know what the equivalent of "not cutting off your nose to spite your face" is in a business context, where noses and faces are abstractions, but we've come to a point where I'm congratulating somebody for doing literally the most obvious thing. Cool year.

It's a hero shooter with more of the MOBA stuff left in. There's some polish around interactions I'd like to see, and the backend was goosed when I tried to check it out before so I'll have to get in there today and see what I can see.  I like the characters and the archetypes but it really feels like it is a young, brash fellow in need of civilization that only thousands of public rounds can provide.  But Gabe keeps ending up logged in, and not just because of the reason in the strip. If he endures literally broken shit to get access to something, that's when I start to pay attention.