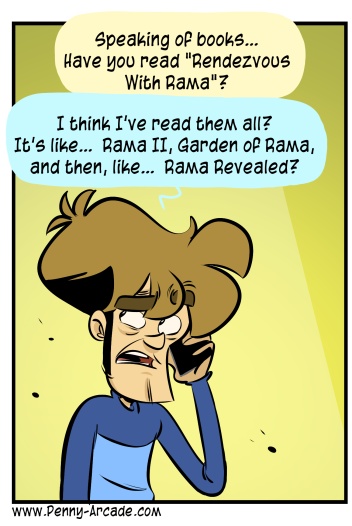 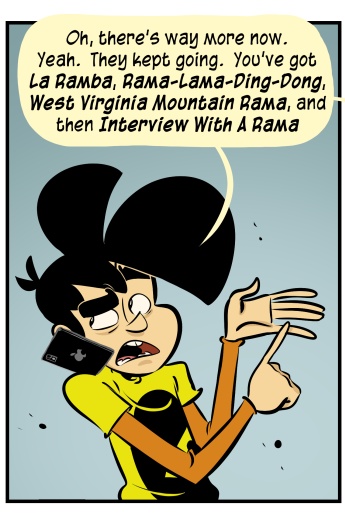 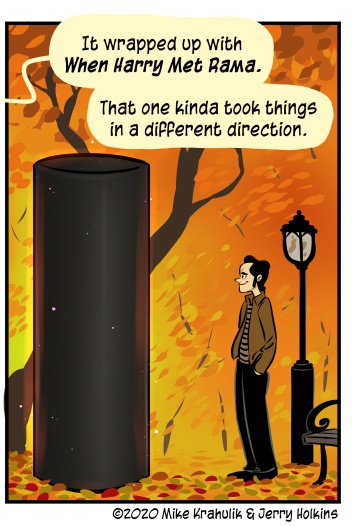 So many of the books that were formative to me I found via Videogames, which I feel like is pretty odd. Shit, maybe all of them - all the ones I still think about are either from a videogame directly, or were just downstream from the books they revealed.

Neuromancer I read because I played a game based on it, which is probably the most cyberpunk way of coming at it, short of having it beamed light-wise into the unblinking lens of your cortical bus. I, uh… probably read it too soon, maybe twelve is too soon for that. But it laid some pretty sturdy psychological track.

Other ones, like Nine Princes in Amber, Fahrenheit 451, and Rendezvous With Rama were all - in addition to being novels - text adventures, delivered with varying levels of graphical accompaniment, by Trillium. Which I guess had to be called Telarium eventually because of reasons. But there's no me without these books, all of which entered my life as games, which probably explains everything that came after. So… Thanks, Troy. For everything, and then some.

Also, Rama is a fun word.

I'm gonna try to head back east for a little bit, but like… to the east side of this state? So "east" in a way most people would consider quite West. I'll be back Friday next, but everything here will look very much the same. I type for a while, and push the post button once every couple days. That's what I got! I ain't changing it.