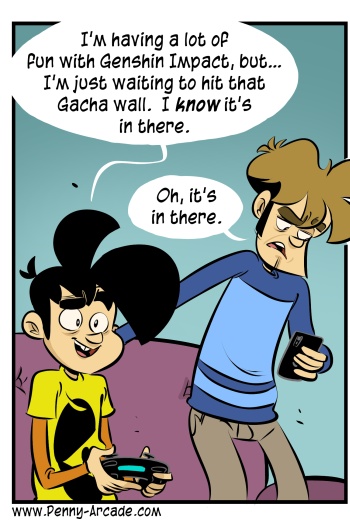 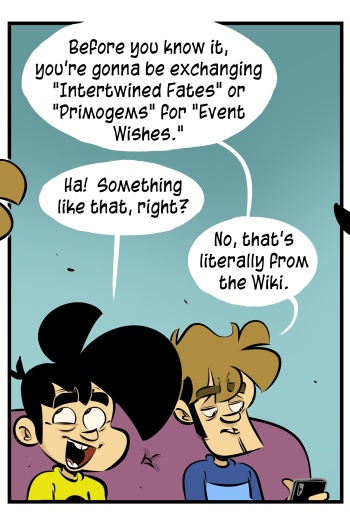 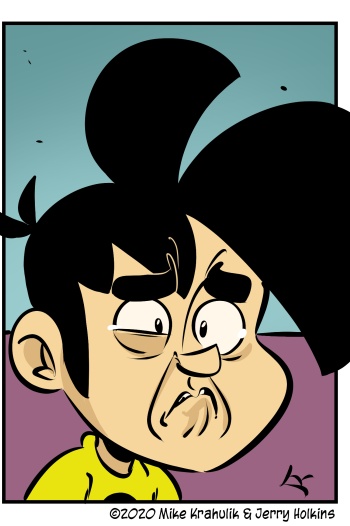 I would love to tell you about Genshin Impact, a pretty, gacha MMO thing which I have seen called Breath of the Weeb. Well, one time. On my Twitter. Not by me! I don't have a special word for a person who likes long pillows.

But yes, I would like to tell you about it, but it has been downloading and failing to download, and being restarted) for a full day now and it's at 80%. I'm glad I paid for the good fiber. All I really know about it is that it looks like a cartoon and when I tried to investigate the character unlock mechanics time seemed to stop. As a writer, let me tell you that anytime a game's wiki includes terms that essentially write the strip for me, I honor it. I have half a mind to buy some Primogems - which are a real thing - just as a thank you.

I've watched a few streamers play a while, and the main knife they try to twist in this is New Characters, which isn't outside the norm for games like this on mobile - but because you control characters directly, as opposed to building them into teams or setting them up to grind while you do something else, it might feel like a more meaningful investment…? It's at ninety percent now, I guess I'll find out this weekend.

Oh, and Star Wars: Squadrons comes out this Friday, in case you were as oblivious to that as I was. They've sounded every note almost perfectly until this point, enduring and even indulging the edgiest edge cases, and I'm pretty curious to see how it comes across. If Friday's post is late, you know why.