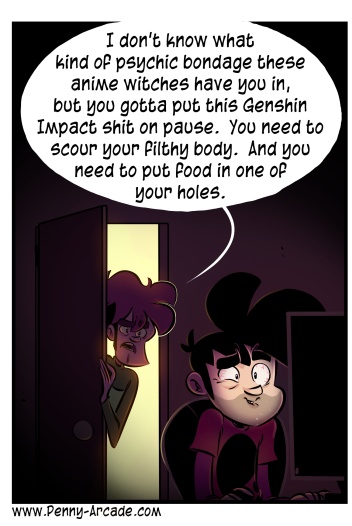 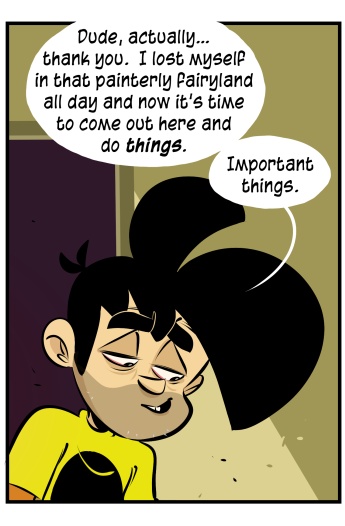 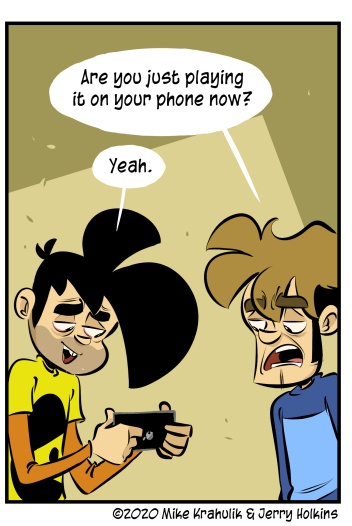 I'm playing it now too, trying to put in enough time to access the multiplayer, where I can only assume the trap is truly set. Because this whole first part is basically like somebody forgot to tell them they were making a freemium game - you see the lure so often you become inured to it. The elemental systems are old school JRPG brain snacks. He's played it for God knows how long at this point, not spending a dime, and Not Spending A Dime while Getting Maximum Time out of it seems to be the game for him.

Because Squadrons unlocked at 9pm last night, the vast majority of the time between then and now was spent sleeping. So I haven't had very much time yet to figure out why my machine, which was manufactured by Clovis Bray on Mars in the Golden Age, is having a hard time keeping track of my head inside all my pretend spaceships. By the end of three missions I was literally sweating inside the HMD, like I was a test pilot for an experimental near-Earth craft as opposed to a wholly terrestrial, almost spherical grub trying to play with a toy.

I'm not putting any stock in it, you know… yet, but I'm at the point of troubleshooting where there's all this dubious information and weird forum prophets are at the very zenith of their power. Some madman was suggesting that the Epic Game Store version, which literally installs Origin and then runs Origin and then runs the game on Origin, has native support for Oculus as opposed to the mere compatibility of SteamVR. I would put a shrug emoji right here in the body of the text if I knew how. Well, not really. I don't even want to ask this dude what he thinks about the deadzone on flight sticks - I assume the conversation would pull the yoke hard in the direction of nanobots or the La Li Lu Le Lo.

There is so much about it that is cool. When the Steam Page said it had Online Co-Op, I assumed that I'd be around the mission briefing hologram with other people in the campaign - what it actually means, near as I can tell, is the game's Fleet Battles mode playable against the AI. Like a Horde, Comp Stomp type thing. Similar to how you can't call Champagne that isn't made in the Champagne region Champagne, I'd love to establish a law - or, at least a norm - that says you can't lobotomize one of your multiplayer modes and call that Co-Op. I was mad about this for a little while after I started the campaign, but man. They got hold of me right away with this one. Halo tried to do this opposing squads thing, and it's a good hook they mostly wasted. I think they might have done it right here. I stopped being mad at the other thing. That's how curious I got.

Star Wars is very a la carte for me these days - there's no fundamental principle keeping me bound to it. Individual excursions really have to make case for themselves. But the interior of the X-Wing, when seen in VR, is an act of such devotion that I stopped breathing for a couple seconds. On PC, there's a lot to fix here, and I hope they do, because if you're trying to take advantage of all its entreaties to the enthusiast it's not there yet. But there's so much love here.