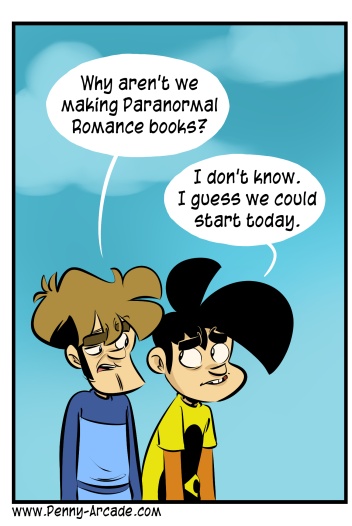 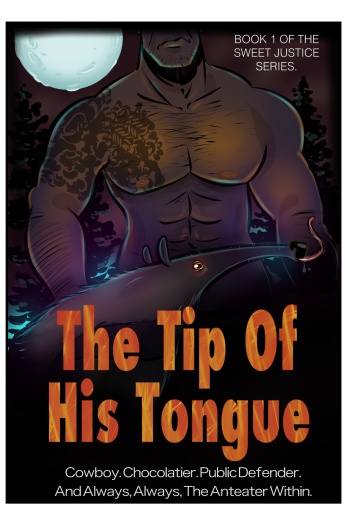 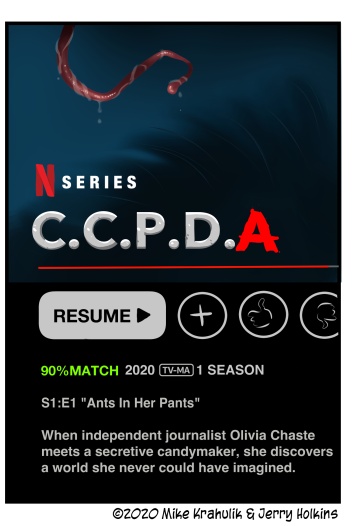 About a week ago Gabriel sent me the cover of a book that attempted to snare the reader with its romantic tales of brothers who were dragons but also, somehow, Irish. I was going to use the term Inexplicable to describe it, but it's super, super explicable. It is deeply, profoundly explicable: it's a sex thing. The same author offers tales of Bears - a term I was already familiar with, but these are heterosexual bears, and also actual bear bears in some way. Like, the animal. You don't meet these bears through an app, like you typically would. You meet a bear like this because you are a cougar - literally and figuratively - and you're trying to find your parent's killers.

What I'm saying is that the strip barely constitutes a parody.

Romance has a public face, but I think that when you get down into ninety-nine cent Kindle product shit the signal gets a little more… refined. The dynamics on display, just the ones literally on the surface, are incredible. Alphaholes, Surrogacy, Grovel… I took kind of a tour of it. I can't emphasize enough: there's no yum yucking going on here. You can definitely have yums. I just didn't have a lot of granularity on this particular yum and now I have it in 8k HDR.  As somebody whose predilections were routinely denigrated, I have nothing but sympathy for those who crave what these books offer - white-hot, almost pneumatic erotic precision. You can imagine anything you want, even if somebody doesn't want you to. I occasionally imagine that I'm eating Otik's Spiced Potatoes. I imagine it's roughly the same level of intensity.