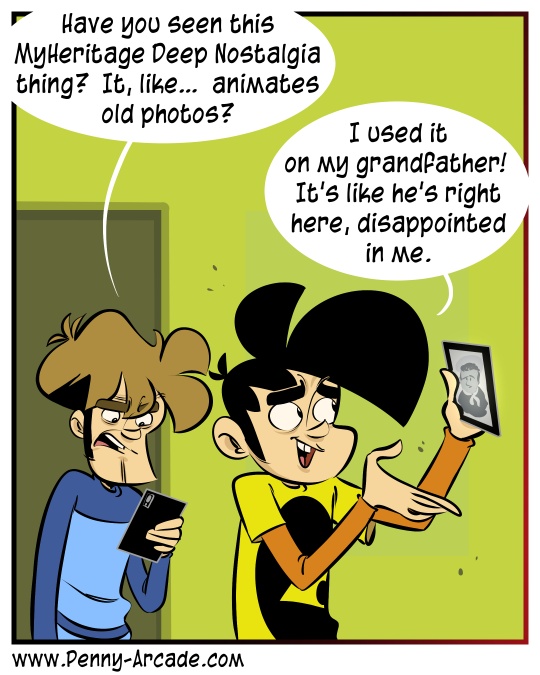 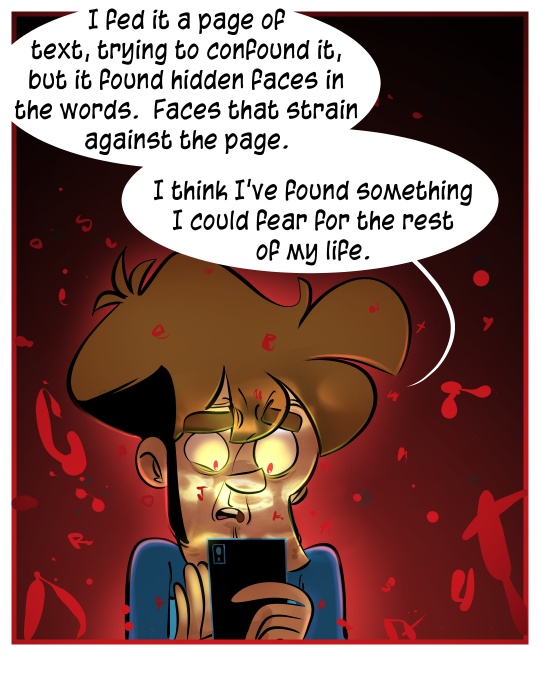 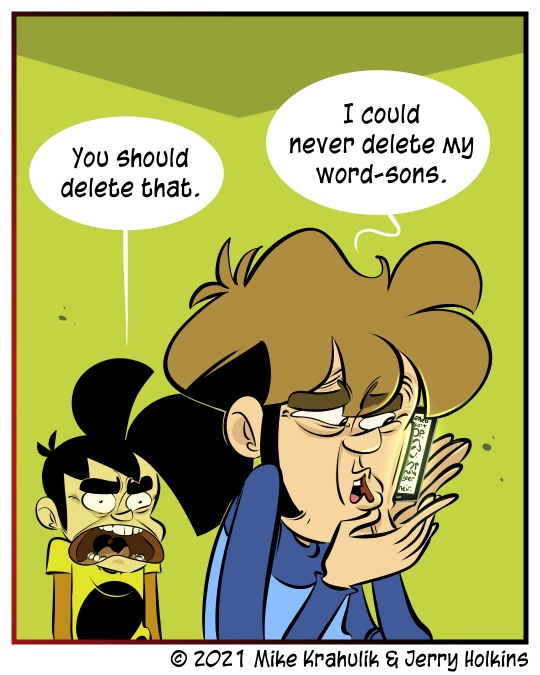 Greb sent me a picture of his grandfather, a picture I've seen in his dining room incorporated into a mounted plaque of honor, complete with medals. The main difference is that this person was looking around, in something like wonderment or surprise, tempered by his martial tradition.

It was from something called MyHeritage Deep Nostalgia, and there's something about this construction that unsettles me, but it's probably the most incredible marketing tool they've ever devised. I went so far as to do a search for my father, and then when it said it had records for him and all I had to do was sign up for a free trial, I stopped. But that's way further than they usually would have gotten! When I see Free Trial, I just think, is this worth a hundred dollars to me? I know myself better than this. That free trial is gonna end up costing me a hundred dollars minimum.

The Deep Nostalgia thing is free though, and every image I have put through it has been reliably transformed into horror. Algorithms strained to the breaking point by an incalculable face, either by virtue of a poor starting orientation or simply rude genetics. Garish smiles frosted over wet skulls, dark sclera in which a doomed iris treads water.

I promise this is connected: our producer Josh sent me an incredible Japanese beer called Kuri Kuro Dark Chestnut Ale that's probably in my top three beers of all time, though within that set it would be very difficult to establish primacy. Japanese beer in general is just very good: even ultramainstream, ship of the line lagers are executed with precision, while at the craft tier novel ingredients and profound care results world-class shit. Anyway, the label is cool:

I wanted to see what it might do with art, if anything, and I thought maybe it would grab the face at the top and do something neat with it - maybe it was elemental enough to recognize. What it did instead was zoom way, way in on the text below the label, and then baste it with demonic ichor. It won't let me embed it, probably because they want everybody to go there and upload their own shit, but here is the link. I thought I was gonna see a person made out of ink come to life and what I got instead was a twisted progeny, borne of language itself.