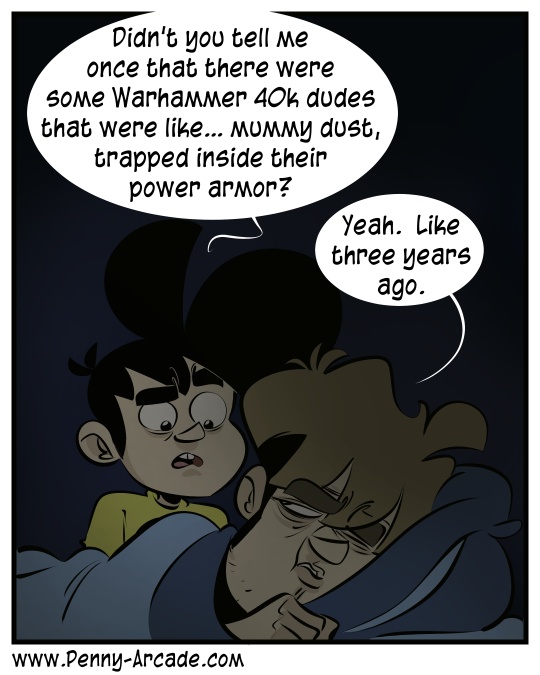 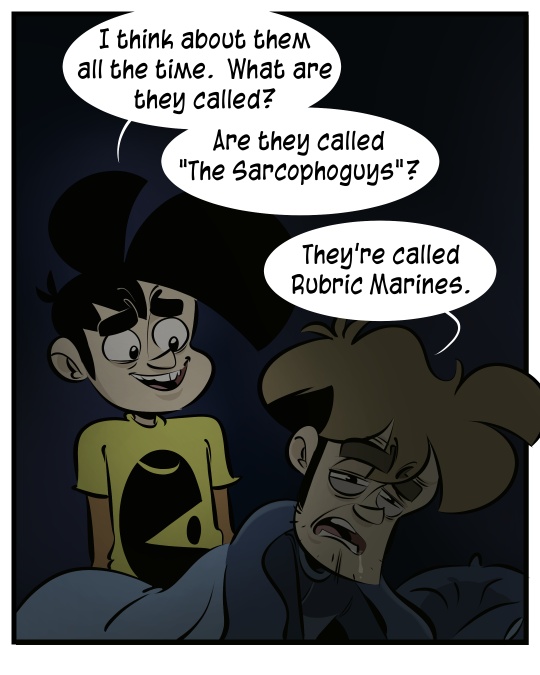 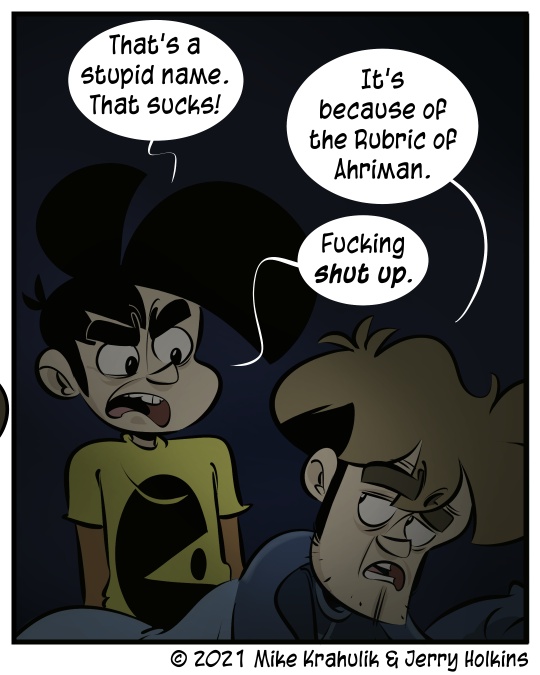 I like Warhammer 40k way too much. It's been a problem for a long time. Warhammer Fantasy, I dunno. Underworlds is a good game and Warcry is… fine but I feel like I can barely fill a table with one kind of plastic. I sure as shit ain't filling two. Also, the filth and decrepitude of a collapsing empire and those who toil fruitlessly against the advance of Chaos is just more my thing anyway because I'm pretty sure that's how it actually is.

Most of the strips are about how I like it, and Gabe doesn't. So, him coming to me for anything 40k related was shocking, even to make a joke about it. Because I am nothing if not merciful, I did not discuss the Rubric's true purpose - to guard the doomed XV Legion's bodies against the Flesh-Change. Nor did I emphasize that the sorcerous exile Ahzek Ahriman, once exalted of the Corvidae, still seeks his redemption.

How far we've come. Gabir Motors - a proud member of the Dragon Race Team China global family of automotive brands - had a rocky start in Formula 2, with an underperforming platform and questions swirling around Paddock Manager Bao Tang's "golden wrench." But a reinvestment in our tentpole staff and a dogged determination to elevate the flagging brand in the eyes of Chairperson Bo Chonglin delivered a shocking result last week - a P1 finish for The Laraiathan, Sri Lankan superstar Enriqua "Vroom Raider" Lara. Even more surprising, it came on the heels of a profound fueling error even before the race began. With only three races left in the season, can the team finish strong - making good on that promise which was so clear in F3? Find out today, on the next episode of Gabir Motors: Motorsport Manager - only on Twinch.