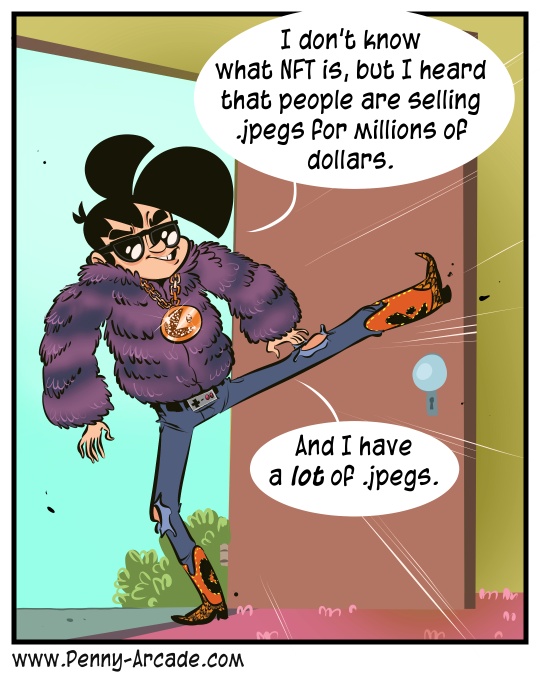 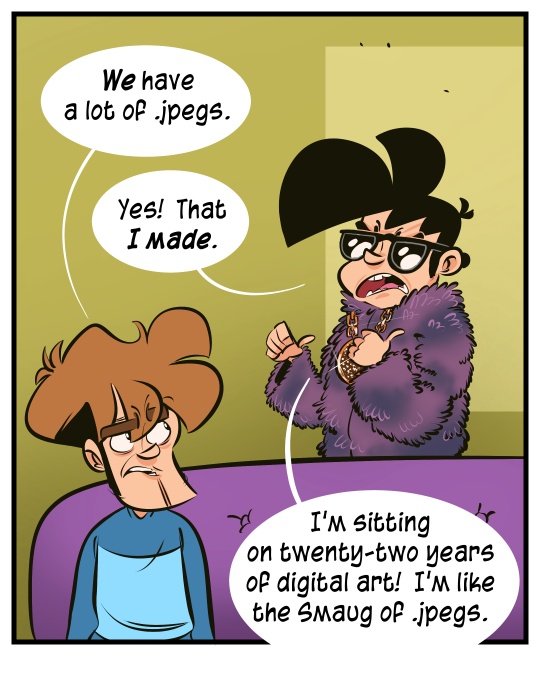 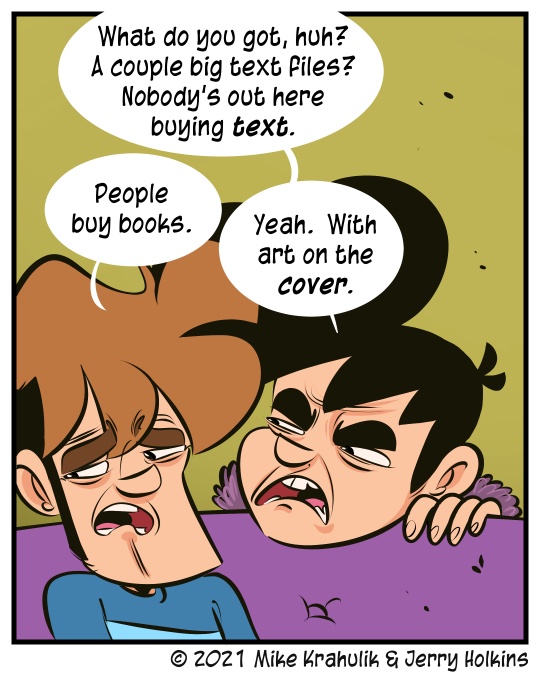 About a month ago, Ryan was telling me I had to Google NBA Top Shots. And I'm really glad he did, because now that NFT is all everybody's talking about it's nice to have some kind of idea about what that is. It's way older than I thought. And now I know what Gas Fees are! But what is all this, exactly? For a disruptive technology, it's very much of a piece with modern finance - it's an incredibly complex way to buy nothing.

There's no way to discuss crypto shit without somebody getting mad at you. Generally speaking, it's not worth it. In fact, to expand on this concept, talking to other people at all is incredibly fraught and should be avoided. Obviously, "buying nothing" is shorthand. You are buying something. You're buying into the idea that scarce things are more valuable because real things of high utility or beauty are rare, and that this somehow extends into algorithmically generated images (or whatever we have decided to privilege with value by confecting scarcity). That's meaningful to some people and meaningless to some people and a literal affront to some other people and you can find all of this online.

As one of the Internet's preeminent .jpg vendors, I watch things like a "remastered Nyan Cat" .gif selling for a half million fucking dollars with great interest. Anything that gets artists paid I'm bound to pay attention to, because it is quite rare and has always been rare. It stands out. And wherever that type of money erupts, there's a pronounced "horseshit phase" where the whole thing becomes horseshit and sometimes it stays that way forever.

When I see Bitcoin hit 61k, as it did over the weekend, my first thought is that we're about to see deer in the streets. Bitcoin always struck me as betting against civilization, in a way. Maybe literally, if we take the profundity of energy required to maintain its Proof of Work into account - and we should. Ether - the token underneath all this NFT hype - isn't Bitcoin, but it has some of the same concerns even if they have proposed a future where its Externalities aren't quite so external. What it seems to be doing now is powering a kind of FOMO engine for people who missed the last few bubbles, and would now like to operate a bubble machine, minting hundreds of tiny bubbles per second.