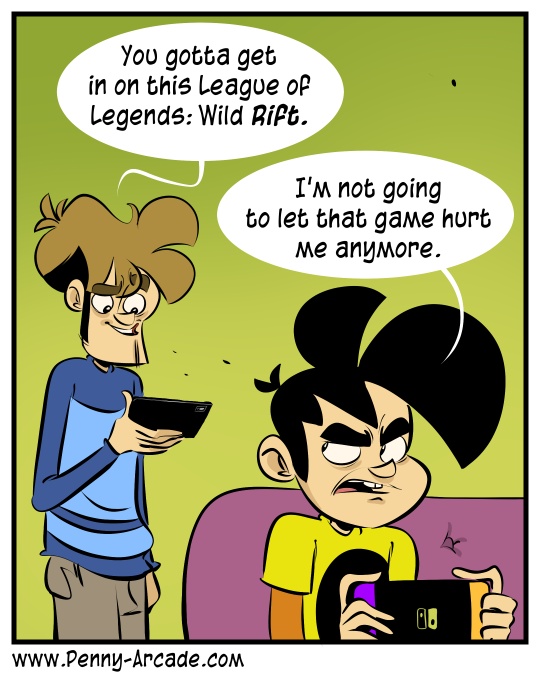 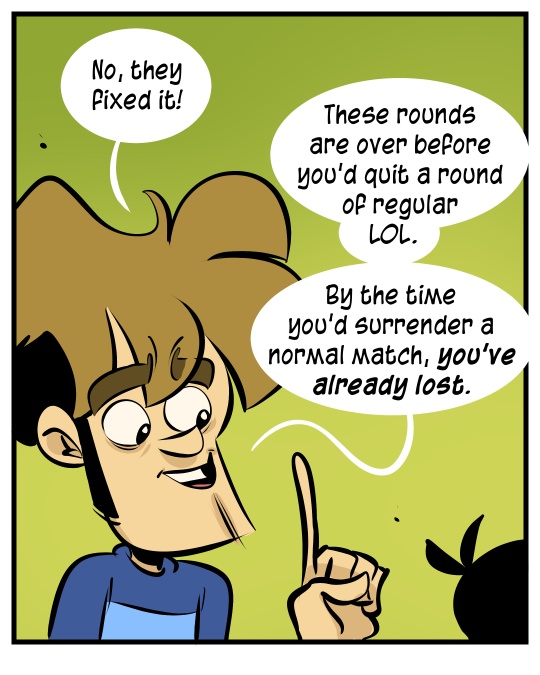 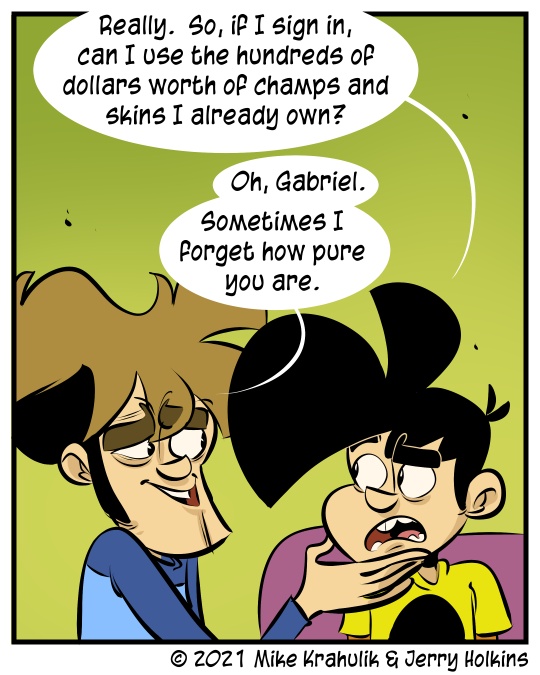 League of Legends: Wild Rift is executed to a really high degree. Right now, I can't play that and Monster Hunter so I'm playing Monster Hunter. Not because they didn't do a good job or because I don't have cross-game access to my shit or whatever. It's just literally not possible to do because of how time is dumb.

Gabe works on an iPad Pro, so he's probably experiencing something like the optimal experience for the game. It's like a drug made from some other already powerful drug; a clear liquor. In the same way that Valorant's purpose is to project power into an existing enemy stronghold, Wild Rift's purpose is to make strongholds of the places they didn't already own - mobile, sure, with its massive audience and turnkey monetization, but the version of it I actually want to play is on console and almost certainly on Switch. Right now, it's "coming soon to consoles" and I can wait. But that sounds like the videogame version of gummy Lifesavers. I assume that if you stop playing, it's because you died.

It's on the Twitch Broadcast Schedule, but just in case - I'm keeping 2pm-4pm PDT sacred for Golf. It's almost always gonna be PGA Tour 2K1 right now, which is inexplicably $20 on Steam - but there's a lot of indie stuff that messes with golf as a mechanic and a new Mario Golf is also about to be real. But today, my guest is longtime foe Not That Will Smith and we will tear and claw at each other 1v1 within the confines of this novel dialectic. We've been pretty closely matched in the past, and without his demon-scribe Gary Whitta to pull him relentlessly toward the bottom of the ocean I might be in a lot of trouble. If you have harbored a grudge against me in the past and would like to see me get my comeuppance, or if you like me and believe I'm capable of more than I thought possible, there's a unique convergence point for these two parties today at 2pm PDT on our Twitch channel.