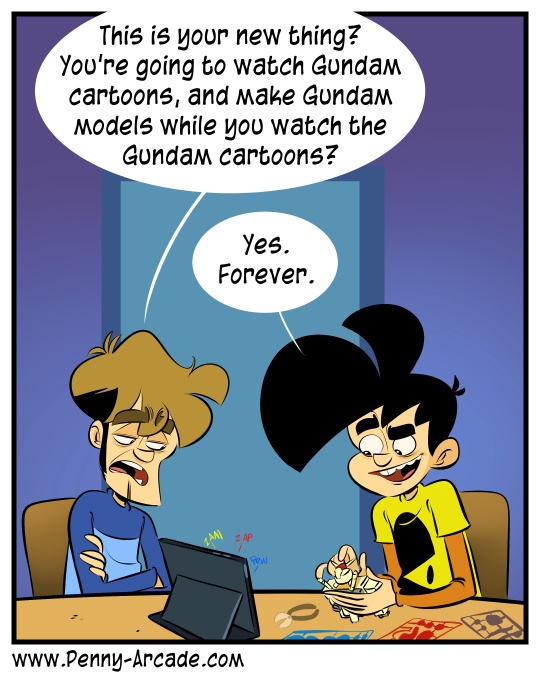 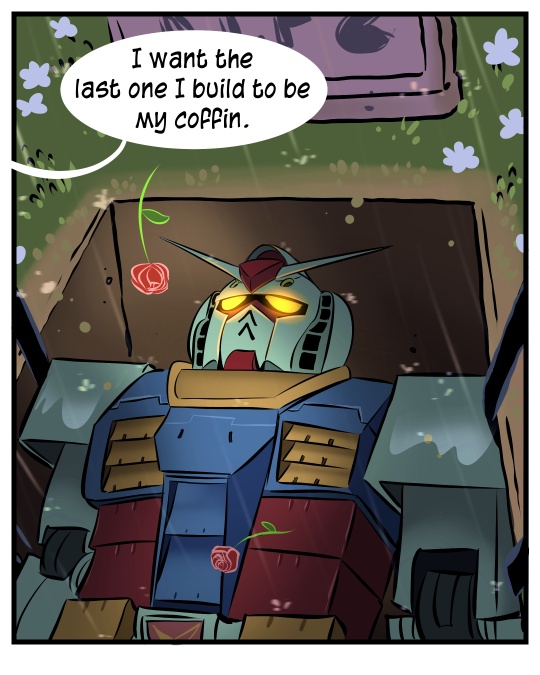 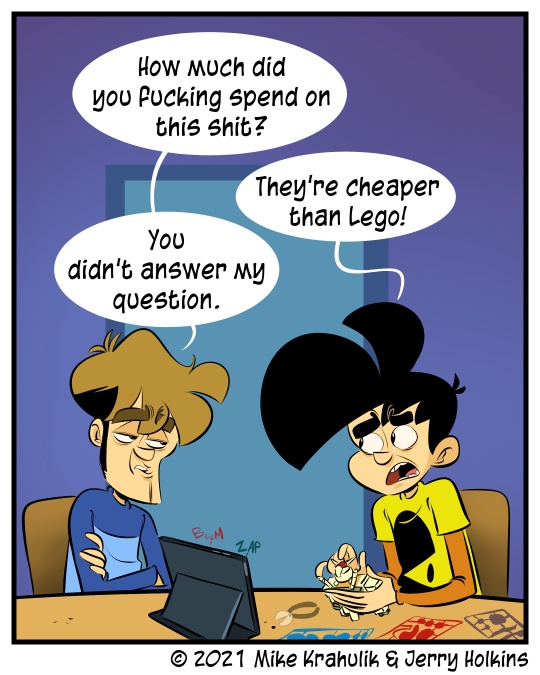 I understand he might have gone hard at the USA Gundam Store. That's not, like, an affiliate link or anything. We don't know them. I just sorta know that once Gabe had boiled down a bunch of the options he ended up going with them.

We get into it a little bit in the strip we just wrote for Monday, but when I drop money on a bunch of tiny things I'm gonna have to assemble I want there to be a game at the end. My primary hobbies are coffee roasting, brewing, and wargaming; it's almost certainly a psychological issue, but I have a hard time investing in a hobby that doesn't have a secondary payload. Lego used to work in this space because in addition to whatever "model" you purchased, you also got a swarm of universal pieces - but these models look too good, and they don't actually get dismantled anymore. Without the back-end, some of which is governed by a shortage of the ur-resource Time, Lego has gotten right on the edge of too expensive; even as an Adult Human Being who could theoretically misallocate some resources in this direction, I can fill a cart but not purchase its contents. If I get Lego sets now, it's because they were given to me as gifts.

There is a particular scenario here where two interests overlap, and that is in Mobile Frame Zero - or Mobile Frame Zero 002: Intercept Orbit - which are both Creative Commons licensed wargame rules for Mechs or Spaceships, respectively. Making Robots out of Lego you might already have and then playing a fun wargame with free rules is some Found Cake shit. The only thing better than building Lego and wargaming individually is those two things forged into an unconquerable alloy.

Gabe's machine got fucked up, which joins other reasons why he won't be able to stream this afternoon - so I'm trying to figure out what the good vibe would be for the stream. Currently thinking about a bunch of indie stuff, but I'm starting to think I might try and harangue The Notorious EJB (of Acquisitions Intoxicated fame) into trying Across the Obelisk with me - it's a little young yet, very much in the adolescent phase, but it's literally "co-op Darkest Dungeon Slay The Spire," which sounds like a genre I want to be part of. If it's still mega-busted, I'll swap to PGA Tour 2k1. See you at 2.