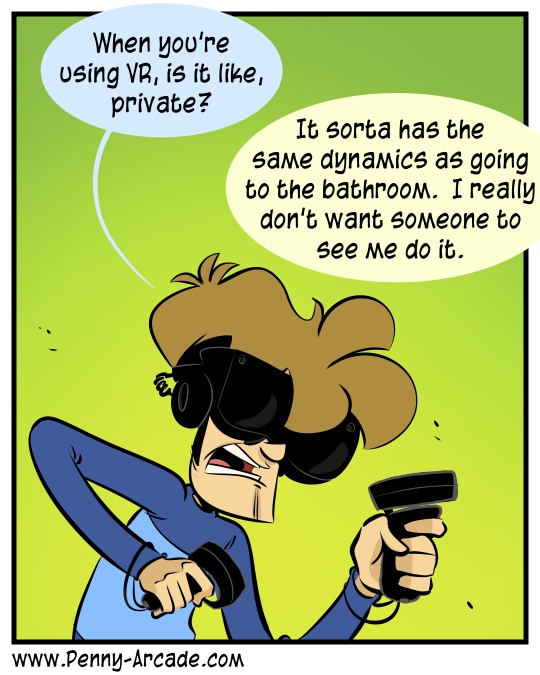 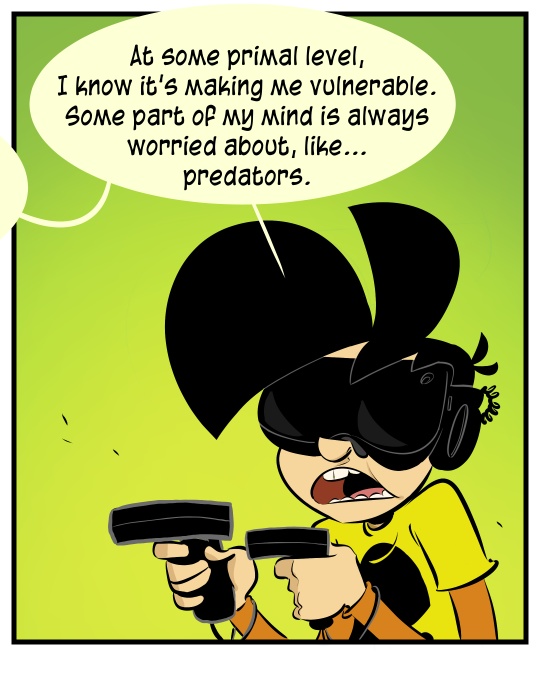 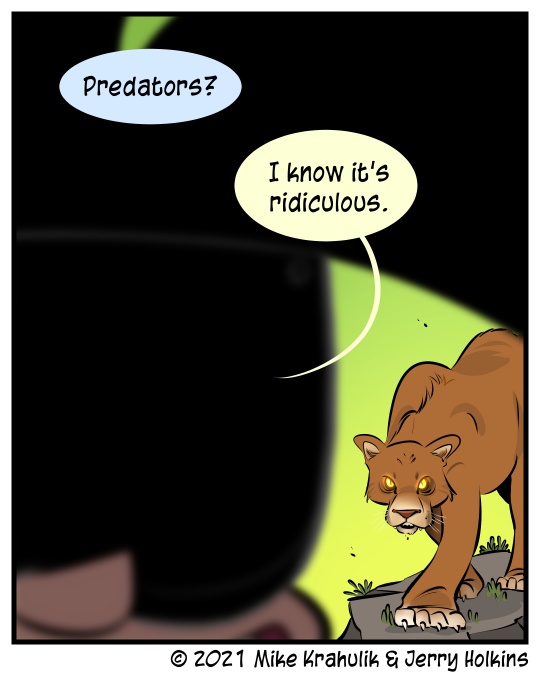 VR shit has to be pretty cool in order for Gabriel to endure its extreme effects on his body; the kids have played together more than we have. Medical sacraments prolong his capacity to withstand it, but metaphorically it's like nailing a couple thin boards over a window and it's only a matter of time before whatever is out there gets in. Or, to invert the metaphor, whatever is in there comes out.

We have a comic about Demeo specifically we just wrote for Monday, but we were talking about how we actually use the machines and independently we both adopted the following schema:

1. Tell people we are going to be inside there, the same way we would if we were leaving the house.
2. Lock the door.

I wasn't even conscious of the level of tension I had around using the device specifically related to other people. Or mountain lions, I guess. Mountains Lion? Anyway, I thought it didn't matter to me until I listened to that tiny voice that the rest of my cognitive noise was drowning out: I'm exposed. Generally I'd thought of it as The Price Of Doing Business, but it doesn't have to be, because doors are real. Now I can play my pretend D&D and just… evaporate, without the sense that my skin might be forfeit at any time.

After a disastrous start to last week's race, largely because of the wicked cider from Schilling known as Excelsior Imperial Apple, whose closest analogue is the demon's brew called Johnny Jump Up. It was then that we engaged in a wee spot of time travel. But! Heavy rain at Lap 16 - always the great equalizer - saw Enriqua Lara seize a P2 finish. This put Gabir Motors (a proud member of the Dragon Race Team China family of global motorsports brands) right where we want to be at the start of the season. And, with the factory nearly complete, we've got an unprecedented opportunity to write our own destiny down in the shop where our chief mechanic works late into the night, dreaming of ever more fanciful gearboxes. Show starts at 2pm PDT.