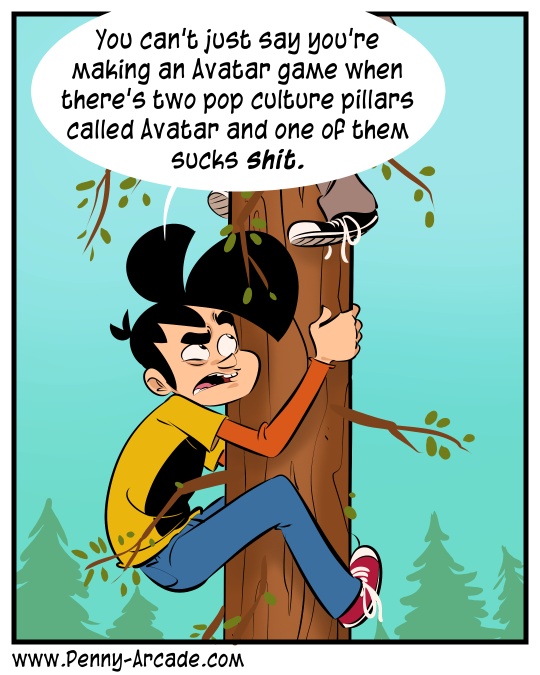 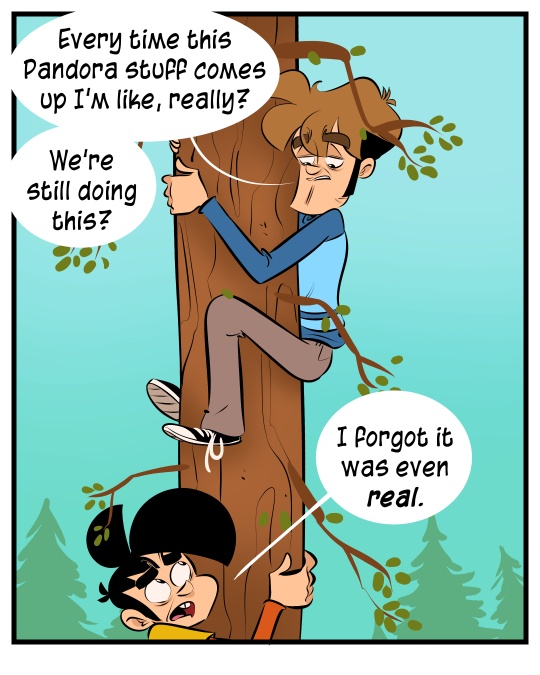 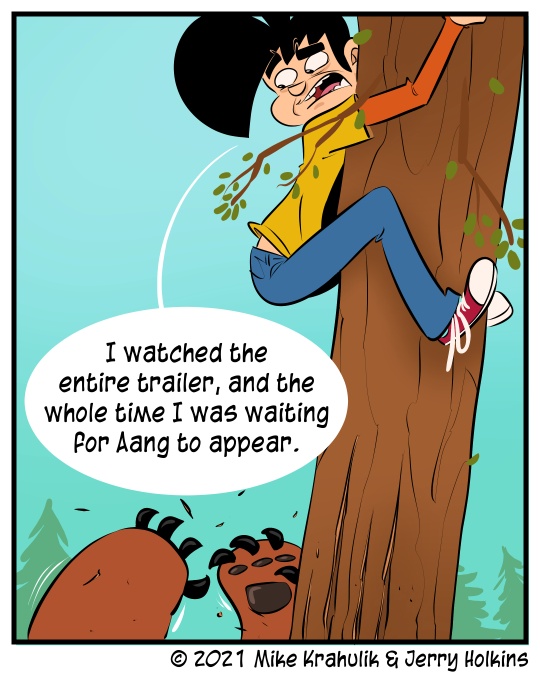 As a spectacle, as a meticulously engineered media experience lensed through the twin magnifications of IMAX and 3D, James Cameron's Avatar is absolutely - I am confident in saying this - a film. It didn't really stick with me. I was at Disney World a couple years back, and they had a whole fuckin' Avatar, like… zone, and I was surprised. Like The Matrix, I think it provided a tool to get at some existential concepts a youth informed William Gibson had already formatted me for.  Ubisoft is now doing a second Avatar game - oh? You don't remember the first? I'm not a hundred percent sure what we're supposed to glean from the trailer, other than the idea that butterfly lizards apparently beat attack helicopters in whatever enigmatic version of Rock Paper Scissors they play in the future. The best we can hope for at this point is Appa DLC.

If you have missed your friends from The "C" Team, so cruelly ripped from you by the Plague Year, stop by the stream at 4pm PDT for their sponsored Wildermyth Stream. This shit is gonna twist your head around - check out PC Gamer's review if you're curious, but your primary means of interaction is telling a story(!!!). Said story is undergirded by a tactics game where time passes and heroes grow old. Steam says I bought it on March 8th, 2020, and I remember thinking "You are cool, and I'm gonna come back to you when you're out." And now it's out, currently sitting at "Overwhelmingly Positive" on Steam. Congrats to the team at Worldwalker Games, and thanks for the opportunity.  Check that custom art!

We all know the greatest skill of the #Cteam is their impeccable strategic thinking. Right? Right?!?

New prophecy just dropped: it's about how the brutal warlord Garr and his unkempt, mostly skin scavenger bird Willie Smithers made a pact with the inscrutable lords of Golgolfa with one foul aim: to despoil the Green Supreme. Obviously, my stalwart second Gabir Liel and I aren't about to let this happen. I bade him: stay thy club, brother. Let us meet them upon that manicured field, that field which is made right for war, and… you know, we'll play golf with them on Wednesday. Well, it's Wednesday! We've all got time for one round, so you'll probably want to be there at 2pm sharp.