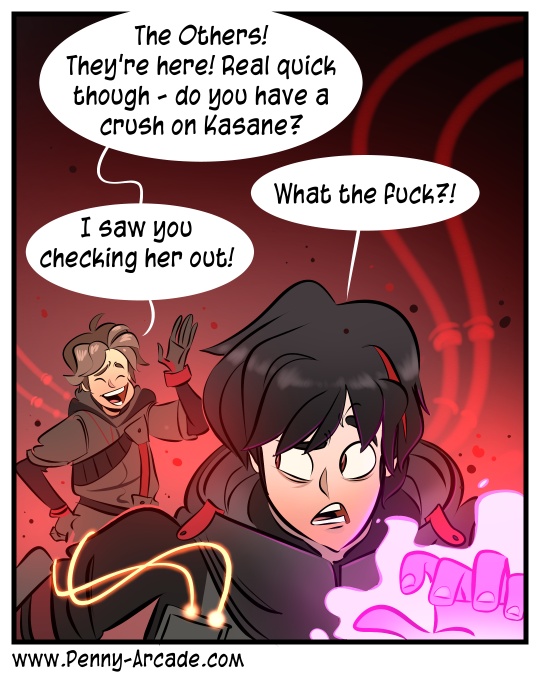 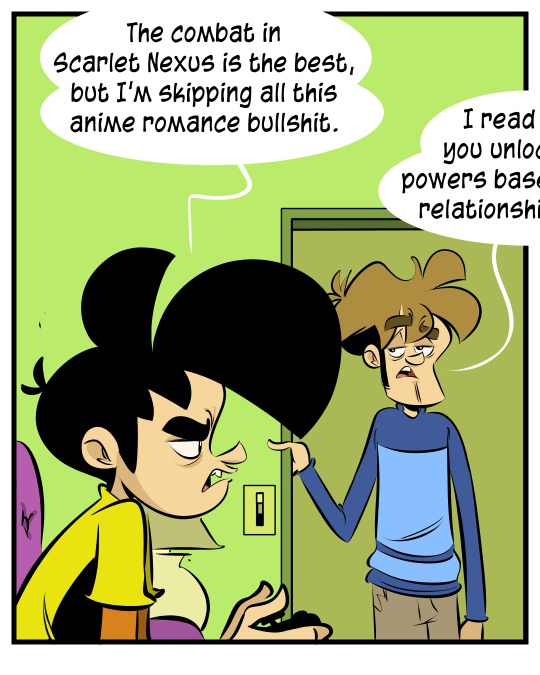 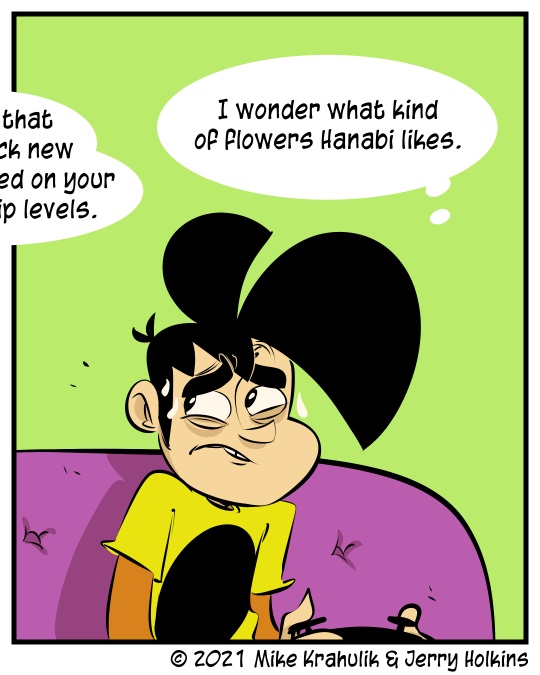 Relationship stuff hasn't stopped him from enjoying Scarlet Nexus at all, when it ordinarily would, I think because it's all tied back into the fast, interesting combat. I watched streams of it for a while, long enough to see it was way cooler than I expected, but I can't do a JRPG right now. Even if it's really cool and the story is good. Well, maybe I can. Let me see if it's on Steam. It is! But it's sixty bucks. Maybe we'd get a strip out of it? I guess we already did. Now, I'm making money by not buying it. Welcome to "Jerry's Mind" Theatre. There are no refunds.

Somebody sent me a game code in my email yesterday, I don't know how they even got the email equivalent of my True Name, but occasionally people who were once readers of the site go on to become people who make the sorts of products we discuss on the site. I would say that it's quite common, in fact. Statistically speaking. If an author or musician had this percentage of their audience take to writing novels or songs it would be incredibly surprising but that is just normal around here. That's probably what I'll remember most, and with the most affection, when this is done. We made stuff for people who make stuff.

Anyway, it's called Before Your Eyes and my Internet sleuthing revealed another game by this team called "close your" that they Kickstarter'd. But, twist ending, it turns out that "close your" and "coda" which it was called next and "Before Your Eyes" are all the same game. It's pretty experimental in form, and the pitch is this: every time you blink, time passes in the game. It uses a webcam to detect this and if you're going to play it I think that is how you want to do it. They mess around with this concept in a couple interesting ways mechanically, but it's fucking whacked out in practice - leveraging a fundamental, largely involuntary movement in this way. Anything I'd say would ruin it. You already have pitch. Plus, it's like eight bucks right now. That's an incredible price for Capital A Art.

So, here's my notes, GoodbyeWorld Games - there are no notes. You did it.