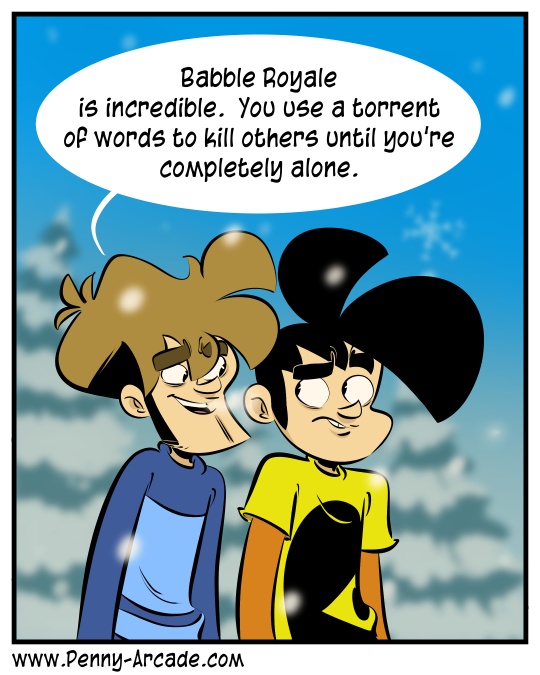 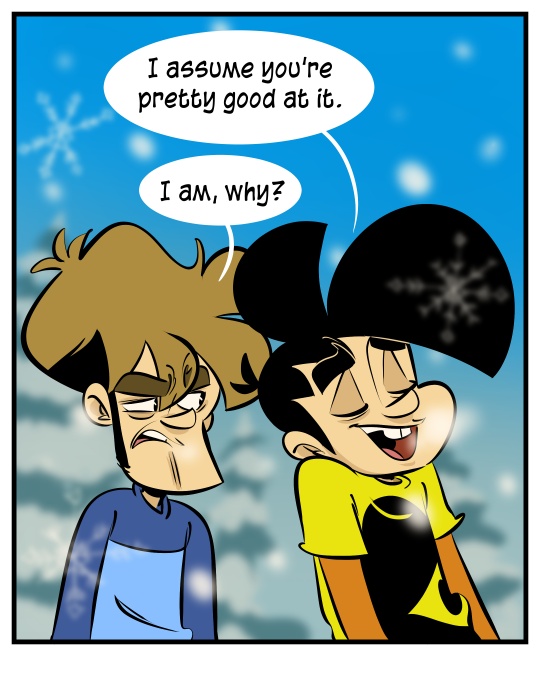 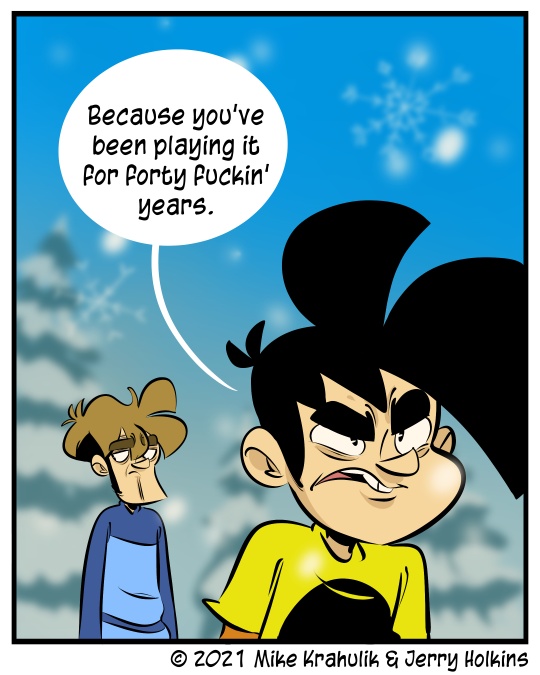 Somebody told me about it on the Tweeter, this Babble Royale shit, and I've played it every day since.

It's a Scrabble-based Battle Royale. That's it. Everything maps onto it. You "move" around the board by spelling words. The last word you spelled is your current location, and if anyone builds toward you and uses one of the letters in that word, you're dead. When you're outside the ever-tightening circle, you lose health - essentially, it's a timer. There are a few types of useful equipment, like bombs that can clear away dead tiles, a recycler that will swap all your tiles for new letters, or a health pack that will give you some of that timer back. You earn money as you play, which can buy you more inventory space, a bigger rack for letters, or letters themselves. There, now you know everything.  Typing a word that destroys another person feels like nothing else.

These dynamics work perfectly. Oh, and it's free, but it doesn't really get in your face about it. Their cosmetics - like textured tiles, or hats for your letters (!) - work simultaneously as an avenue of revenue generation and as a winky joke about the typical model. They also have a DLC called "Free To Play Sucks" where, for the price of a videogame, you get all the stuff they ever intend to release for the game forever and ever. I did buy that! I want them to have it. I want the tiny part of the universe I inhabit to be a realm where such things find purchase in a welcoming and aerated loam.