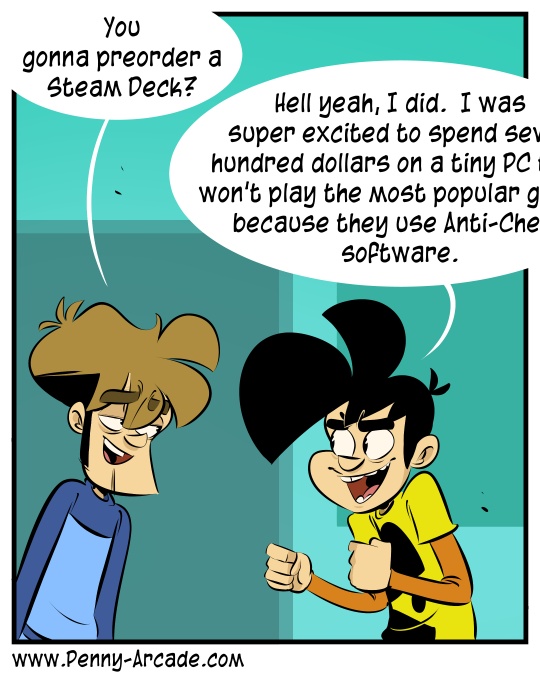 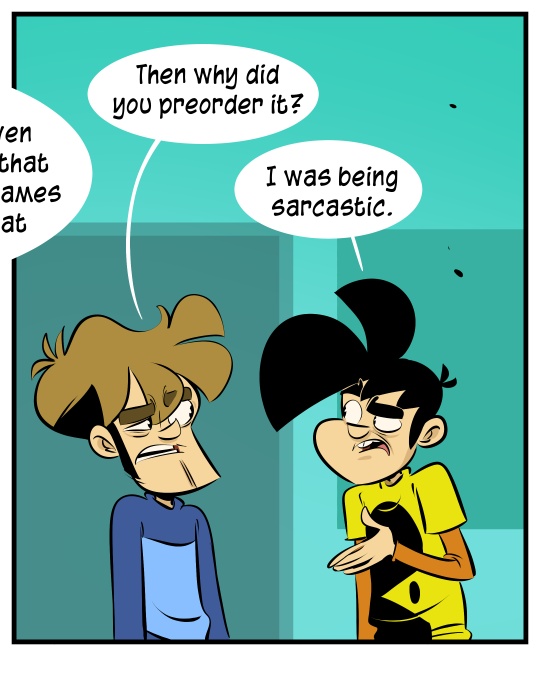 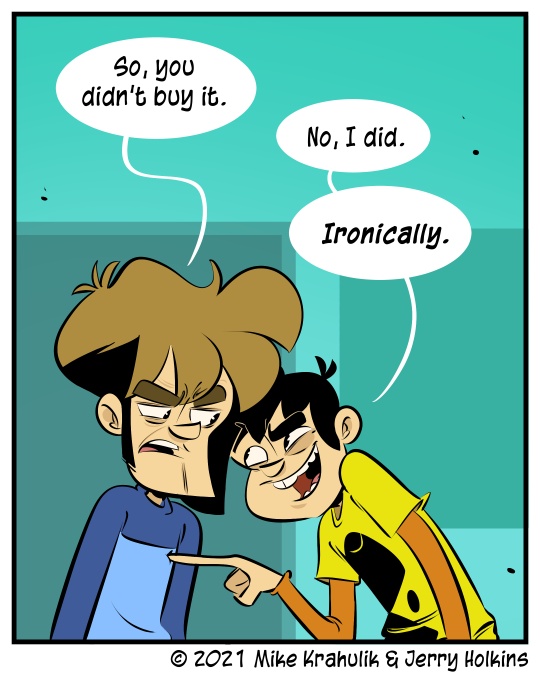 If you aren't sort of a dork, the fact that cheat prevention software and emulation is in a problematic state currently and the impact it might have on a device like the Steam Deck isn't broadly understood. Before we entered The Hell Dimension a year and a half ago, my main work machine was Linux Mint, and I really liked it. I had to stretch my mind taut over a hoop and embroider it meticulously to resolve a couple issues I had, and I got way smarter, but I'm by no means an expert. The official Known Issues section in the Proton documentation goes into what they consider best practices a bit, and these practices differ from the current state of the universe in some ways.

Kiko is way, way into Valve's hardware excursions. He doesn't give a shit - he'll pull out a Steam controller in an airplane, fuck it. He'll juke and twist the controller in mid-air as though he were controlling the plane itself; he'll augur into my torso with an errant elbow. He's way in, especially if there's a scenario where we start going places again. Gabe doesn't really get the point, especially if it can't get at big competitive shooters. I'm not even thinking about it in the right terms, which is to say, I'm not thinking about its utility as a gaming device. I think that's how you should think about it! I'm trying to figure out if something like this, from these players, properly applied at this juncture, can actually create the kind of momentum needed to solve the problem we discussed at the beginning. Because it's cool if this device can do a specific thing but that would reach way, way beyond this machine.

I'm trying to not work this week, theoretically, but I'm writing this so clearly this is something I don't understand well! But since I'm not physically at home, I won't be able to do the main streams I commit to each week - Acquisitions Intoxicated on Tuesday, Golgolfa(!) on Wednesday, and Motorsport Manager on Friday. What I will be doing this week is thinking a lot about Acquisitions Incorporated: The "C" Team, which had its triumphant return during PAX Online East and comes back to our channel officially on August 11th!