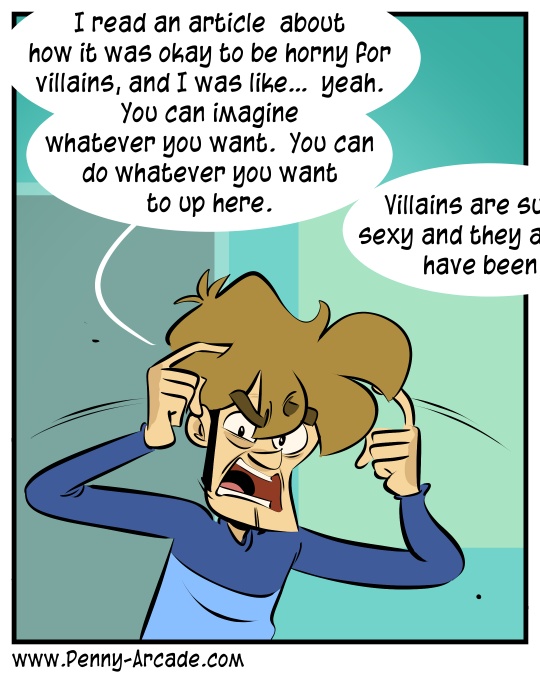 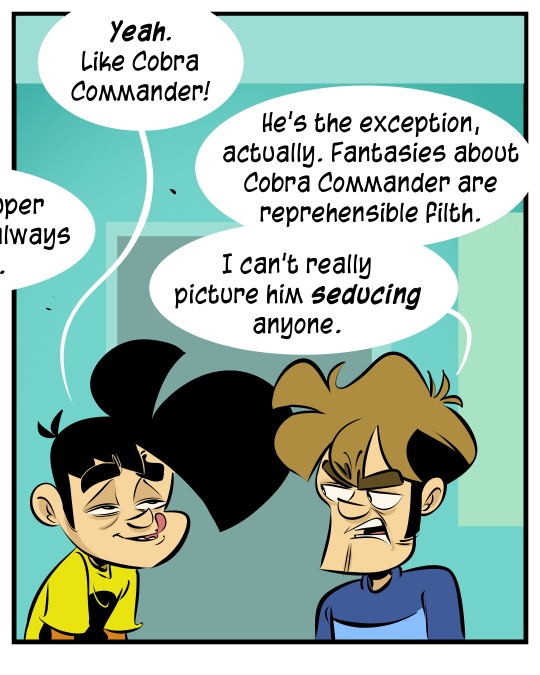 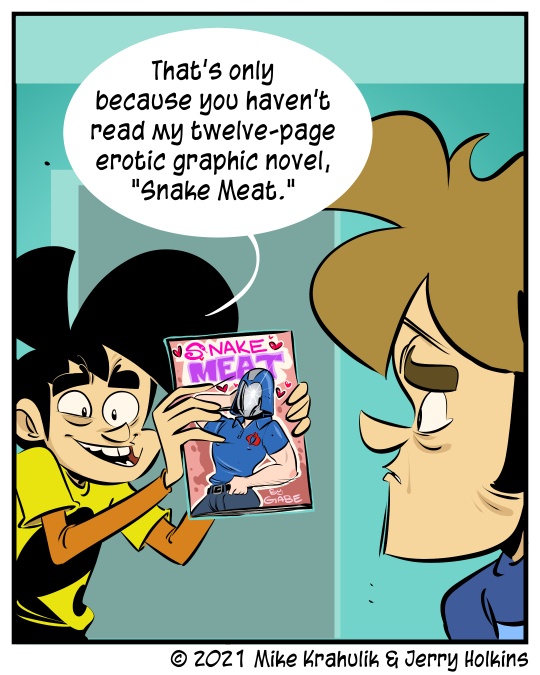 I had seen an article about how it was okay to be horny for the villain, and I don't disagree, plus the prevalence of horniness for villains is as close to a universal as you're gonna get. I think a lot of young people extracted some very novel content from Labyrinth, for example. Romance, particularly the indie romance space I discovered on Kindle when we were making a strip about a Hot Anteater Lycanthrope Man, exemplifies these desires in an almost hyperreal way. There are a dizzying number of increasingly refined categories these books fall into; for precision genre bifurcations, even electronica can't compare with shifter romance. Who gives a shit? It's not real.

It's not real! But just because it's not real doesn't mean it's not important. We need fantasy because it helps us understand how we wish - metaphorically - to intersect with reality. You suppress and demonize it at your peril.

It was made manifest on its Twitch home, and now it has spread to all the corners of the Earth as a podcast or on YouTube. Shit, I can even embed it!

Thanks for making the return such an event in the channel! Obviously, thanks also to our stalwart allies Level Up Dice, Idle Champions of the Forgotten Realms, and of course Elderwood Academy for their support of the show.

In more local news, today at 2pm PDT Motorsports Management returns to the stream with Hans-Kurt "The Hogfather" Hog securing the bag at the eleventh hour on course and keeping the organization in the black after stripping our two cars down to sparking, exposed wire. With only three races left in the season - and with an increasingly agitated Hong Liao incensed about a stacked pit - can Gabir Motors (proud member of the Dragon Race Team China Family of automotive brands) hold on to the position they promised Chairperson Bo? Find out! For once, you can skip the "fucking around" portion altogether.