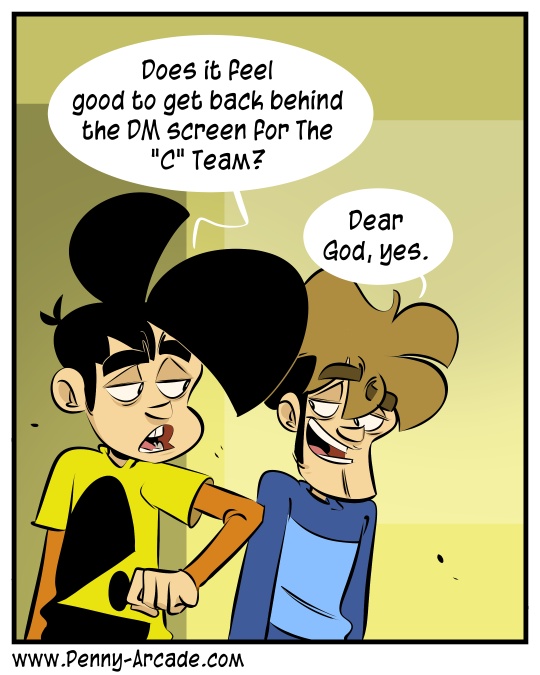 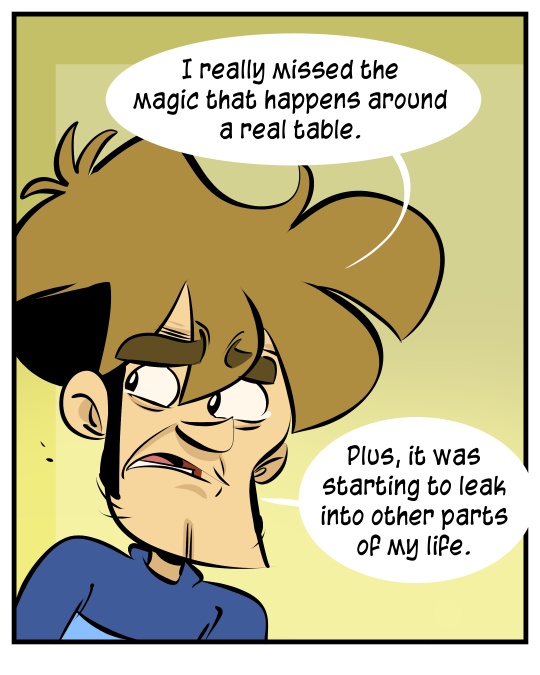 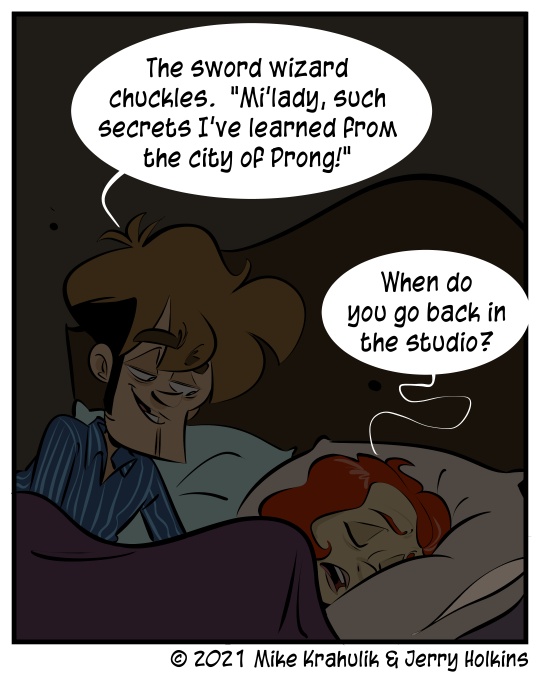 Gabe is out this week; he is attempting to disappear, a fraught proposition even in the best of times. May God speed him on his journey. He did tell me our strip for Wednesday was going up today, so I gave it a name that made it weird. It'll make more sense on Wednesday. Plus, it gave me an opportunity to give Wednesday's strip a different name that was a PowerWash Simulator reference, but I guess it's just a reference to powerwashing in general, which is very hot right now on social media. That's sure to goose the numbers for Q3.

Speaking of Acquisitions Incorporated, we just did more filming yesterday for The "C" Team's final arc, Retirement, which has arrived at all of the places including YouTube:

We will, of course, be back with you starting at 4pm PDT on the Twitch channel.

For Tuesday's streaming though, we're going to be showing off some of the new Kill Team on the stream tomorrow after Acquisitions Intoxicated - it's nothing less than a full reboot of the game, with a different purpose, and I expect it to be pretty controversial. That being said, it's not without its virtues - credible systems to model stealth and a no-holds barred simultaneous melee system stand out as big changes. The other Kill Team is probably the wargame I've played the most in terms of total hours, and I can see where they've made decisions in the new one specifically to resolve issues they saw with the previous one. Come see what they got up to on tomorrow's streams, all afternoon starting at 12pm PDT.