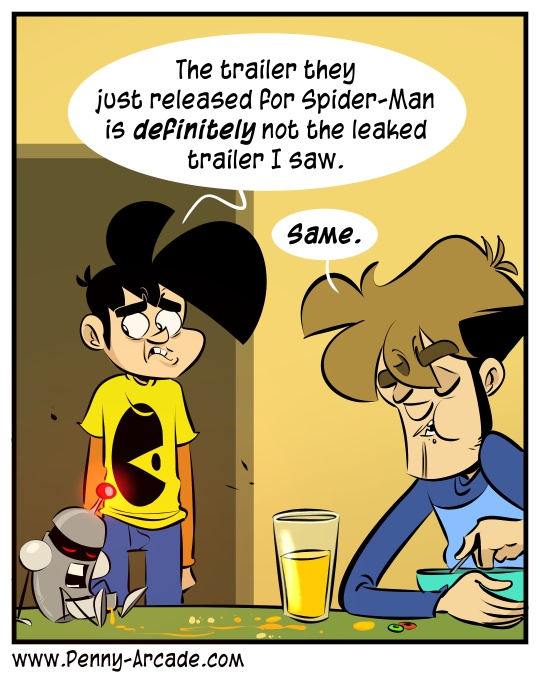 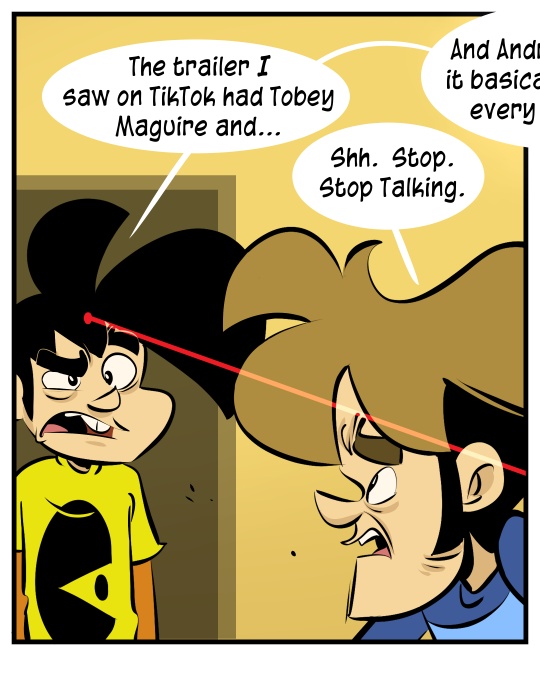 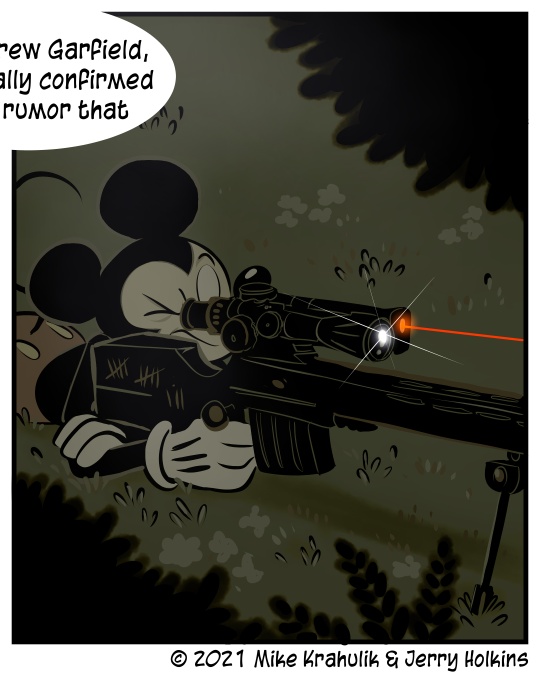 Because our house is, for reasons unknown, the place where young women in the neighborhood gather I have ample opportunity to learn where their various interests intersect. Well, I guess the reasons aren't entirely unknown: we have gigabit fiber, robust sewing, crafting, and computing resources, and they aren't my kids so if they want to watch The Dragon Prince or whatever all day while they hatch schemes and draw OCs it's no skin off my substantial nose.

I've had the opportunity to see so many phases. The Littlest Pet Shop YouTuber phase was novel, and extended; at one point, fangroups were joined as a result of queerbaiting in the Netflix Voltron, groups whose purpose was to create work that made good on those promises. It's a burgeoning space. I would say the only thing that fully unifies this warrior cadre is Spider-Man.

So when I saw what I would describe as "an incredibly crazy fucking trailer" on TikTok, broad and reaching even constrained to its vertical orientation, I specifically didn't tell Ronia because I wanted her to see it in 4k UHD. Then I pulled "the trailer" up when it came out, and it was absolutely not the trailer I saw which was incredibly surprising. If I hadn't seen the other one, maybe this trailer would have elicited different feelings! I saw these trailers in the wrong order. This trailer, the one that just came out, is sorta like, "Whoa! Some shit is going down. I wonder what that's all about!" That's a good first trailer. The other one would draw the human ass inexorably into a movie theater seat, which is clearly its purpose, and also what made it such a delectable piece of illicit media.

Too much stuff to do today for Golgolfa unfortunately, which is bad, because Gary Whitta's profound evil requires weekly tamping down. Josh Price, who usually wrangles Dark Souls from 12-2, has to prepare tonight's triumphant Acquisitions Incorporated: The "C" Team stream which begins at 3:50. So there will be a brief window between these streams you can use for anything you need to - feeding a pet, writing a letter to a loved one, even volunteering at a local library. The sky is the limit. But when your labors are done, return to us - and claim your just reward.