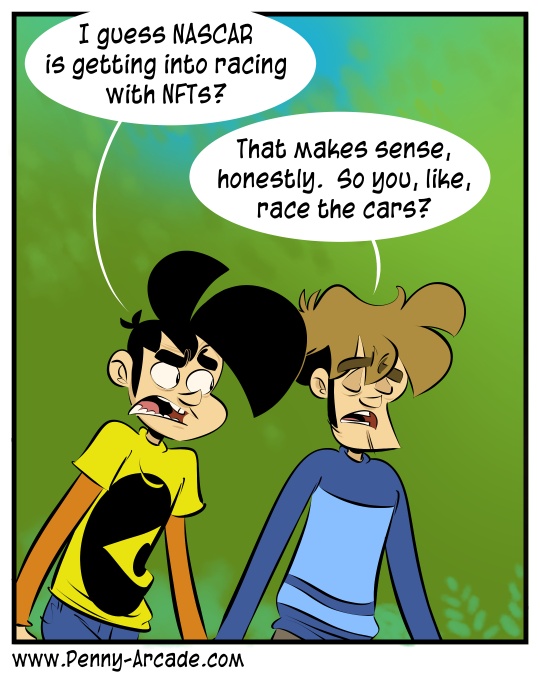 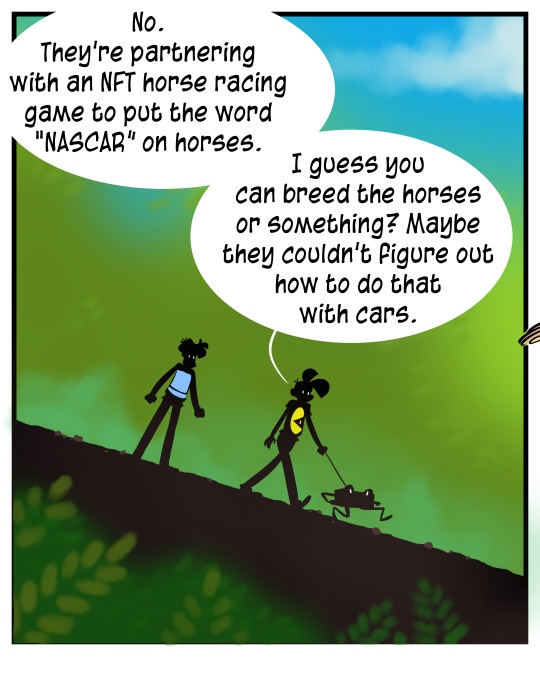 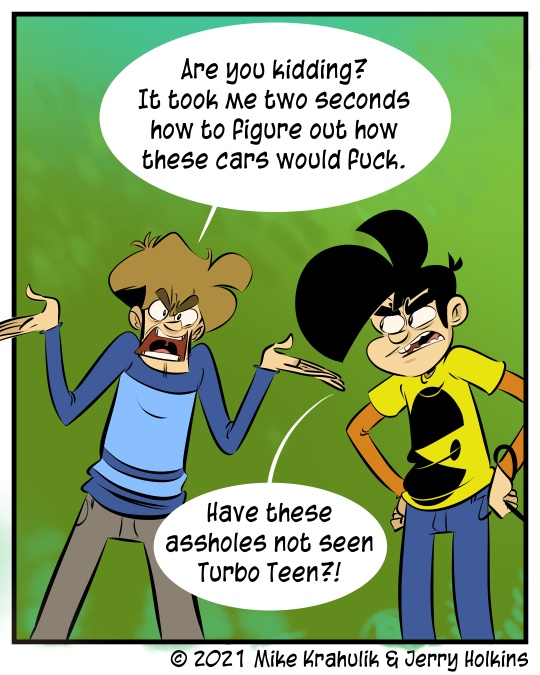 I can see a universe where something like an NFT is enduring and normal, provided the externalities of their proliferation and use can be tamped down. Most of their current incarnations seem incredibly dumb, or are so not-my-thing that I can't tell the difference. What I can't figure out is why, when NASCAR decided to get into racing NFTs, they went with horses instead of cars…? That's a wild fucking (conceptual) ride. That's Mr. Toad's wild fucking (conceptual) ride.

Also: I need to consider that maybe Turbo Teen might have had an outsized influence on young me.

We will be taking "A Day Off Twitch" on September 1st, as part of the overall initiative to bring attention to botting, hate raids, and the paucity of inbuilt tools to manage them. Wednesday is typically when we do Aquisitions Incorporated: The "C" Team, so we're gonna move it forward one day - Tomorrow, Tuesday the 31st, at 4pm PDT. I'll also be joining Jason Charles Miller and Idle Champions from 1-3pm PDT the same day for Codename Entertainment's "Bardic Inspiration" series to write a song about Omin! We'll be back with more Acquisitions Intoxicated and the new Kill Team after PAX. But! Here's what tomorrow looks like broken down in PDT: