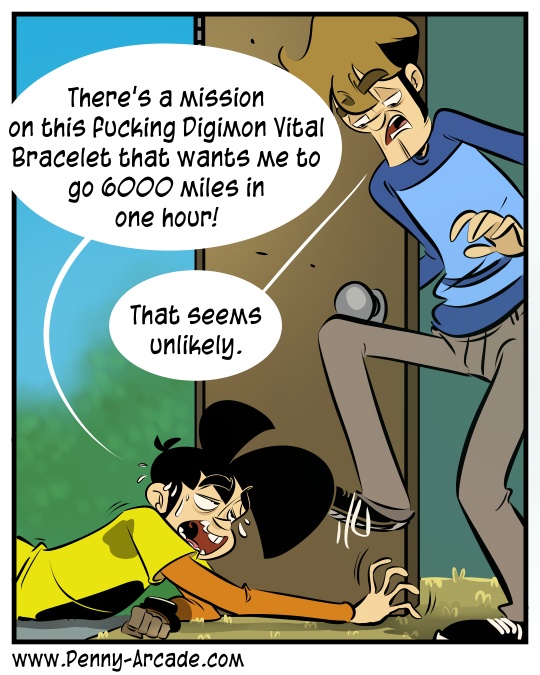 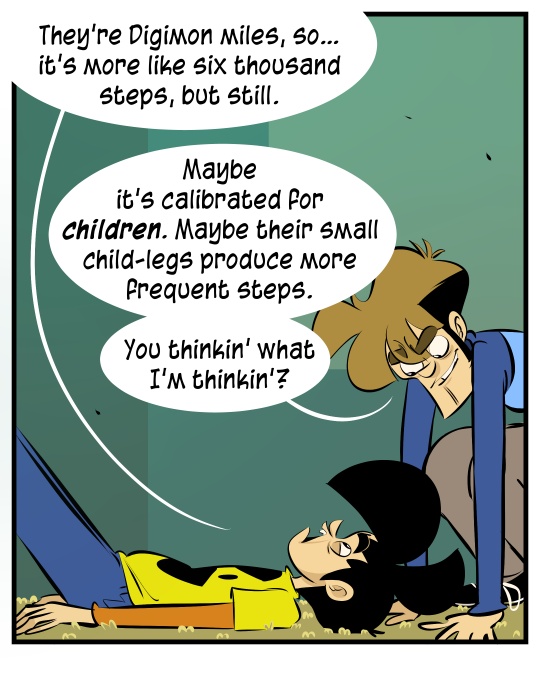 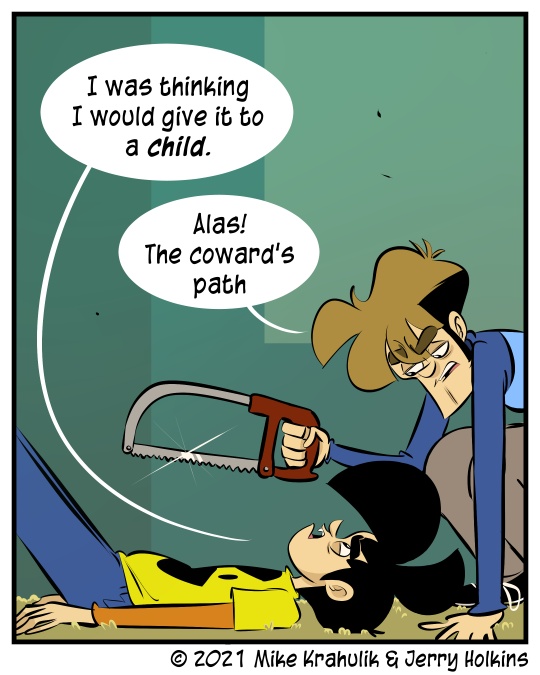 I spent most of today thinking it was Thursday. I don't have a newspost on Thursdays! That's the important piece of information you should know. Not for any particular reason. Certainly don't look at what time the post went up. It was also the first day of school. And two days before PAX. Plus I had to go to the dentist! So, hey. How was your day?

We did another strip about the Vital Bracelet for Club PA if this is your kind of thing, but he ended up going way harder on some of these daily quests than even he expected and he broke down for me his level of physical investment in these digital monsters. Not even as a strip topic! Just, like… because he's getting yolked off this shit. Of course it became a comic because I wanted to mark the occasion. I guess I thought it was just the GoBots version of Pokemon but looking at these Digimon Cards he made me buy on pain of death there's some novel dynamics at play here.

Idle Champions Of The Forgotten Realms - which is to say, our Canadian allies up north at Codename Entertainment - are longtime sponsors of Acquisitions Incorporated: The "C" Team, and they invited me to be on their show Bardic Inspiration. I didn't know about this show, because it runs during our own Acquisitions Intoxicated - except their show makes Songs from the same raw materials we make Beers from. This collabo HAS to happen. Anyway, I had a great time on their show. I would do nothing but write music all day if I could, I'm forever trying to tuck songs and poems into every crevice of this company and I'll never stop doing it. Here's the episode I did with them, it's some heartwarming shit and it basically amounts to a mutual admiration society the whole time.

After the show, I said, "You have my axe, or whatever," to cloak it in safe irony, but I meant every word.