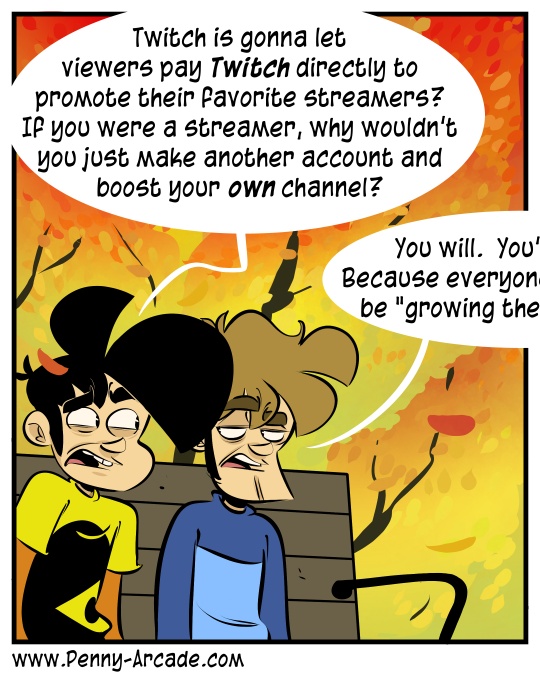 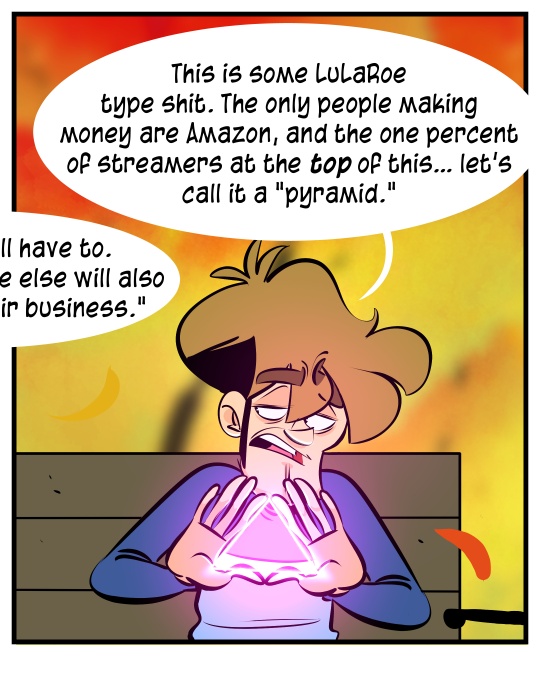 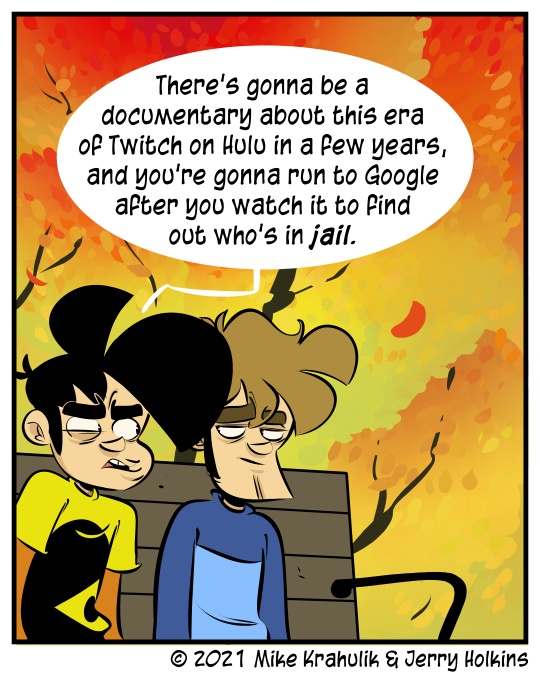 These have been weird times for Twitch. Obviously the hack is the more recent issue, laying the very spine of the operation bare, and their ongoing issues with moderation - but this week's strips were written in advance so that Gabriel's tender craw could heal, and we were unable to pierce the veil of time and peer into the future. Although, I should see what pills they gave him. One of those might do the trick.

No, we were more talking about the Twitch Boosting thing they're messing around with. You're probably familiar with the ability to use your Channel Points to boost the stream, and this is like that, except instead of using the imaginary tokens you have accrued your viewers - and you, via another account - simply pay directly to secure recommendations on the front page, at a dollar per thousand recs. There's no split, this is essentially your community paying to advertise the channel at a $1 CPM.

This ability isn't uncommon on other social platforms, a sort of baseline lever you can manage. I don't think that automatically means it should be ubiquitous - but it will be. Like carcinization, the process by which creatures consistently transform into crabs, this is simply the "shape" such creatures eventually take. The problem with Bots isn't that they're pretend users that distort the field! The problem with Bots is that Twitch isn't making any money off the bots. Well, there's that sorted. All the hacks and warps and scale-thumbing external actors leverage on the platform are just... features, to be implemented by them later. Bits themselves are an example of this dynamic.

This is like boosting your Facebook or Insta to grow your doTerra essential oils business after you're into them a couple Gs for the initial supplies. You either don't need it, or you need it the most. The second group is much larger than the first.