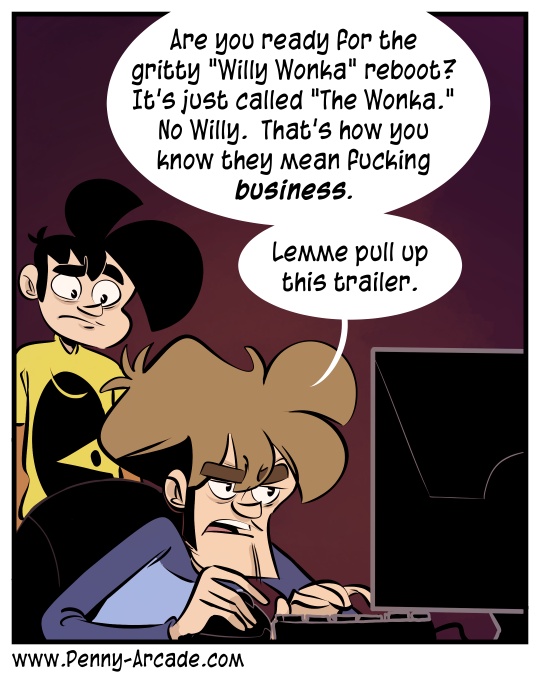 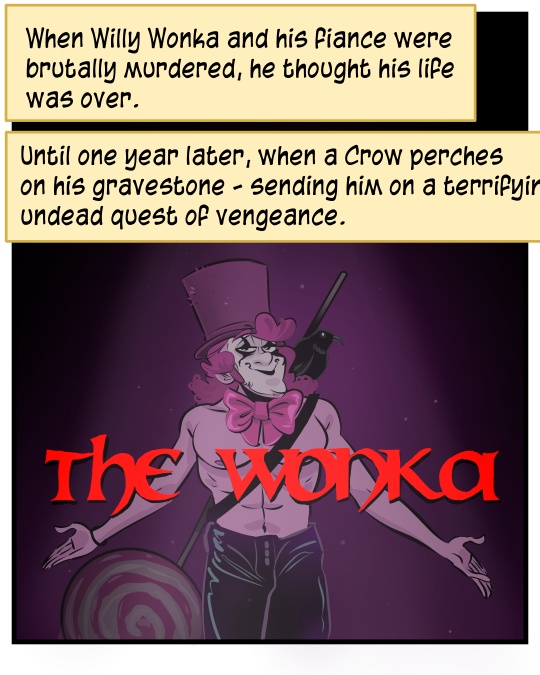 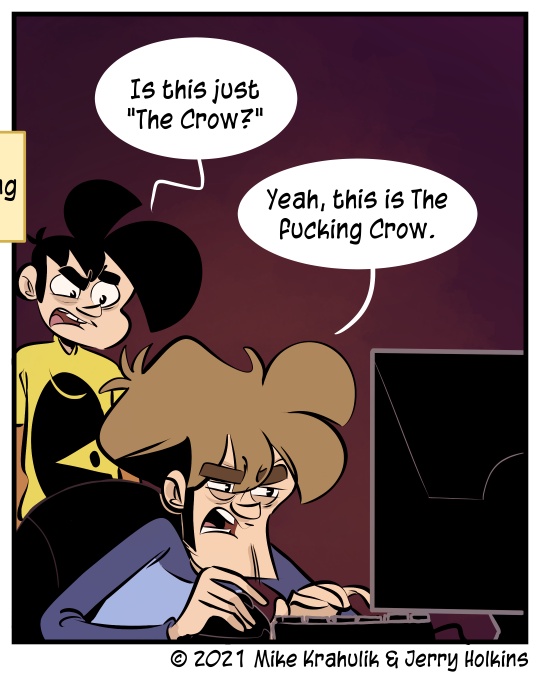 They are apparently, well… not rebooting Willy Wonka, but now that Warner Bros. has secured the rights they're engaging in some light Issue Zero/Origin story type embroidery just around the edge.

I was telling Brenna about it, and she said "Fuck no.". This is precisely the sort of thing Brennas do not like. They already remade it once, and we never saw it. She said she would rather watch the version Gabriel and I have proposed, which isn't really a recommendation for our thing as much as it is a rejection of the other thing in the strongest possible terms.

I feel like this is the least necessary excursion possible, but… when they start revealing all the people behind the production, and it's a bunch of Paddington movie people, the FOMO pump begins to whirr in the basement and a meaningful hydraulic action begins to course through the pipes. I definitely don't want to care about this. Indeed, I made a whole comic about why you shouldn't! But Paddington was a genuinely weird combination of tender and smart I guess I sorta thought the modern world had annihilated. Please don't make me want this.