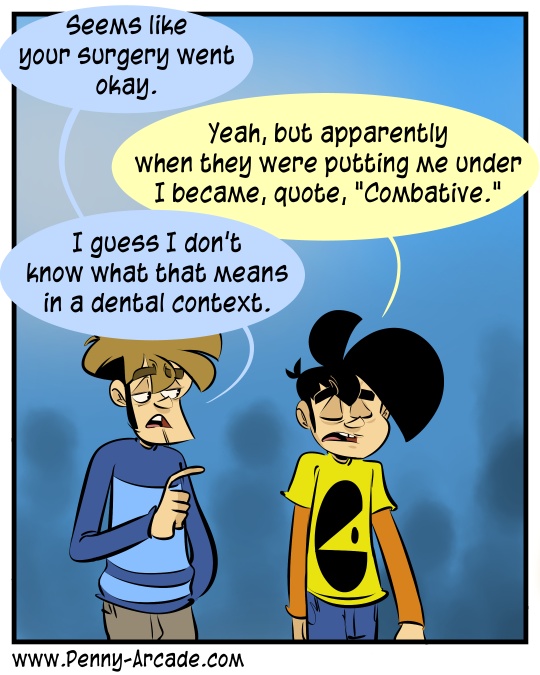 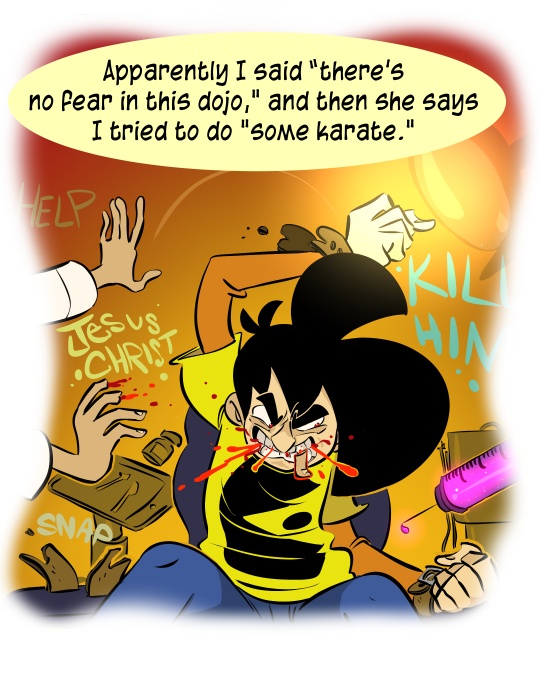 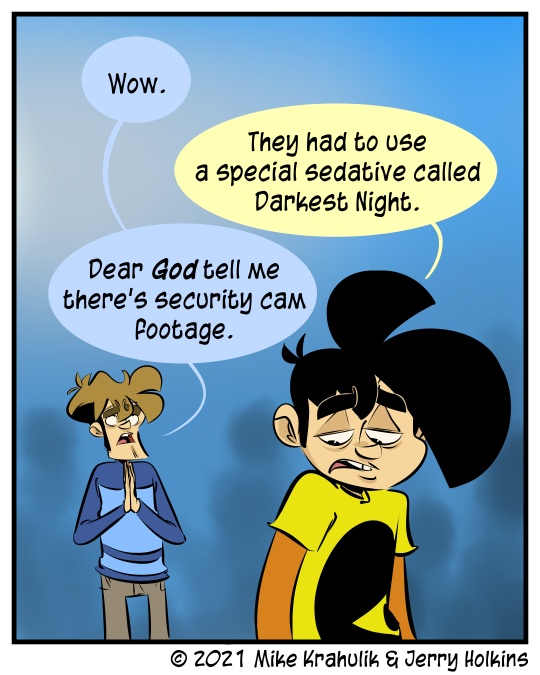 The story in the strip is mostly exact; I did invent a sedative when in truth regular, human sedatives were sufficient. Even if they did inspire some amateur Krav Maga.

The nurses thought it was pretty funny, apparently. They see people overcome by these chemicals on the daily - God only knows what they've seen, when a person has their carefully curated exterior boiled away by drugs and the naked human BIOS is exposed. I do think it's interesting that at the baseline, in the animal catacomb that sprawls beneath the Wild West facade, Gabriel's instinct is to rage, rage against the dying of the light. I talked about it during my chicken saga - the whole first section is about it. I just start apologizing to everyone within twenty feet.

I'd never needed to be put under before that - I don't even know how I managed to escape it. A lot of people have funny stories about this state; it's a whole genre on TikTok. Before it happened, it was one of my greatest fears actually. It got filed as a subset of death, and existential threat. That fear got dulled somewhat around hour six of drooling uncontrollably beneath the baleful eye of a hospital staff that would have rathered I'd just have come in high after trying to fuck a vacuum cleaner. But it wasn't like death, it was like sleep: a pharmacologically enforced sleep, administered by a stranger. So, not death exactly but still not my first choice.